Leonardo announced today the delivery of an AW109 Trekker light twin to FlyKomala of Indonesia, marking the entrance of the type into the country’s helicopter market. The aircraft will be used by the operator to carry out a range of missions including passenger transport, utility transport, disaster relief, and emergency support duties. FlyKomala will benefit from best in class performance and payload, large cabin space, a rugged airframe and modern avionics to enhance mission effectiveness and safety in the demanding environmental and weather conditions of the country.

This latest delivery grows the success of Leonardo’s light twin types in Indonesia adding to the AW109 Grand and GrandNew models. Leonardo’s civil helicopter fleet in Indonesia counts almost 20 aircraft of various types for corporate, SAR, and utility transport tasks. Asia has proven to be one of the most important regions for the AW109 Trekker, chosen in various countries for several applications including EMS, utility, and law enforcement tasks.

The AW109 Trekker maintains the AW109 Grand airframe, large cabin and top-class performance while offering greater payload at a competitive cost, therefore proving it is perfectly suited to meet the stringent requirements of operators in terms of capabilities and cost effectiveness. The AW109 Trekker is the latest addition to Leonardo’s helicopter portfolio and the Company’s first light twin to offer skid landing gear. The AW109 Trekker is equipped with a latest generation Genesys Aerosystems glass cockpit that can be configured according to customer needs: one or two pilots, VFR or IFR. Over 70 AW109 Trekkers have been sold to customers around the world to date for a number of missions, adding to around 1,500 AW109 series units sold globally.

NOTE TO EDITORS ON FLYKOMALA
FlyKomala Indonesia has been offering helicopter and aircraft charter services since 2010. Its business focuses on providing the highest level of service in aircraft charter. The helicopters are suitable to perform various missions from mining to plantation companies. Different missions such as VIP transport, aerial survey, fire water bombing, geo magnetic surveys and external cargo transport are its specialty. FlyKomala Indonesia’s team has more than 20 years of experience in aviation industry overseeing all maintenance and operational details.
For more informations can link to the FlyKomala’s site: http://www.flykomala.com/ 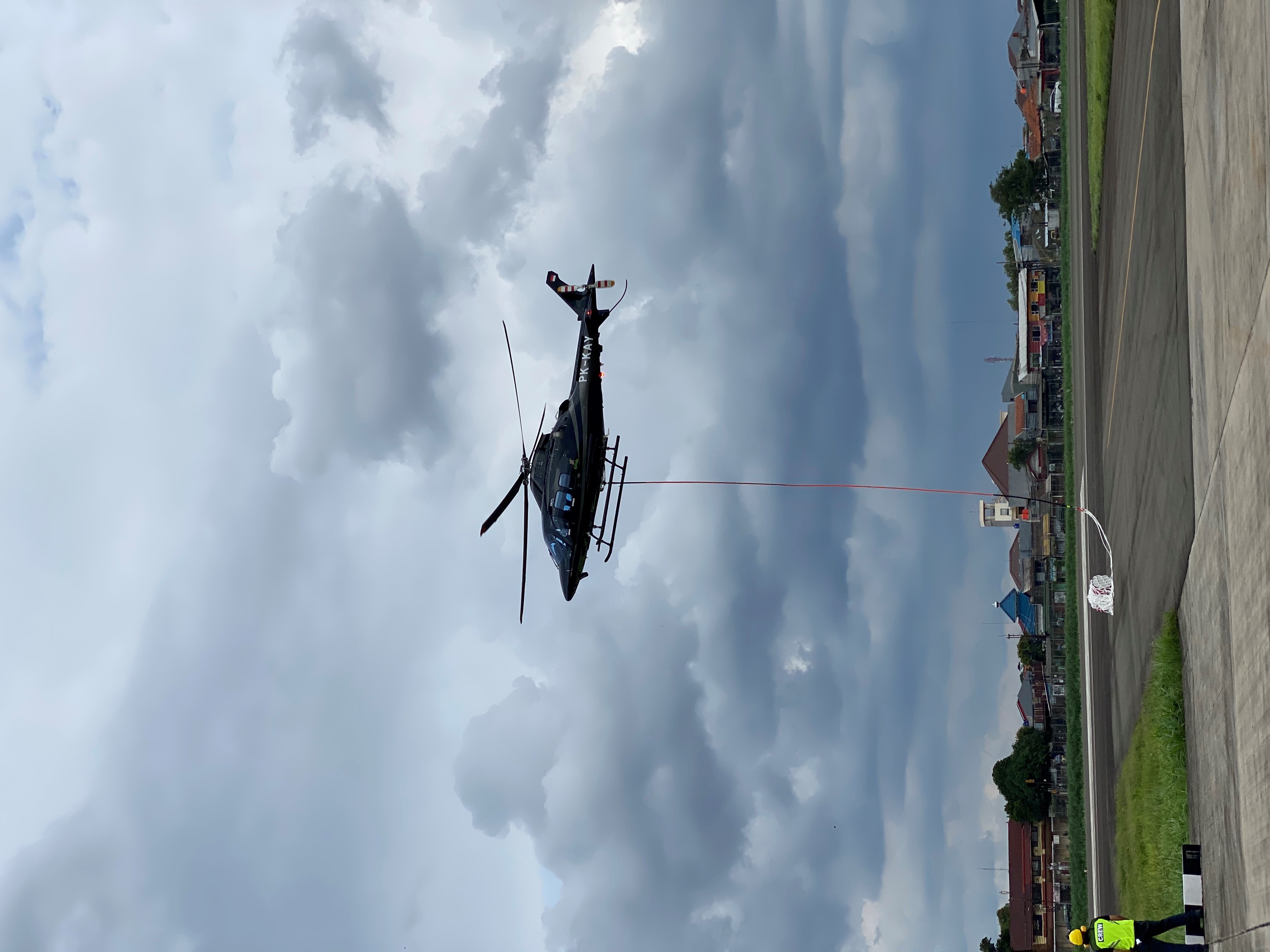