Presentation of URANO, a project for including drones in Italy’s national air traffic management system

URANO is a research project funded by the Italian Space Agency with the technical assistance of ENAV, implemented by Telespazio in partnership with Leonardo

This is the goal of the URANO research project (the name stands for Uas/Rpas integrAti Nel sistema ATM NaziOnale, meaning UAS/RPAS integrated in the national ATM system), presented today at the airport in Grottaglie (Taranto), funded by the Italian Space Agency (ASI) with the technical support of ENAV and created by Telespazio - a joint venture of Leonardo (67%) and Thales (33%) - in collaboration with Leonardo.

The project, now in the test flight phase, is intended to promote inclusion in Italy’s national air traffic control system, through use of GNSS systems such as GPS, EGNOS and Galileo, of remote piloted aircraft with a weight of more than 150 kg upon takeoff for use in civil operations.

Telespazio and Leonardo, with the support of partners Planetek and Distretto Tecnologico Aerospaziale (DTA), conducted the research through design, development, verification and validation of a prototype system for experimenting with and demonstrating the benefits of use of satellite navigation systems for drone missions integrated into the ATM system. ENAV participated in the project by offering the necessary support, monitoring and technical revision of operations.

Flight tests were conducted with Leonardo’s remote-controlled SW-4 Solo helicopter. The multirole manned/remote piloted demonstration craft permitted development and customisation of instruments such as the Virtual Cockpit, an interface which may be used to monitor GNSS performance during drone operations; the GNSS Monitoring Tool, used to monitor the performance of navigation systems in geographic areas of interest; and integration of signals from the drone and GNSS parameters directly on the platform used for air traffic control operations.

The test flights and solutions identified were developed and tested in Grottaglie-Taranto airport.

As part of the project, a prototype demonstrator was developed on the basis of a GNSS system in a double constellation configuration capable of exploiting the features of the GPS/EGNOS system and the upgrade in the performance of Galileo, the European satellite navigation system. The results obtained reveal that GPS/EGNOS and Galileo are of key importance for guaranteeing levels of safety appropriate for the services that can be developed using the craft.

Marco Brancati, Head of Innovation and Technological Governance at Telespazio, comments: “The test results reveal the value of the prototype demonstrator’s performance, both in the configuration using GPS/EGNOS and with Galileo. The results clearly reveal how use of the constellations, in the multi-constellation configuration, improve the performance and level of integrity of positioning data, ensuring a sufficient level of safety in line with the requirements of the mission and of operations”.

“Leonardo’s experience in air traffic control and ability to design and develop remote piloted systems allow the company to contribute highly advanced technology and innovation to the URANO project,” notes Laurent Sissmann, Senior Vice President of Unmanned Systems at Leonardo. “With our systems, which are evolving thanks to introduction of new enabling technologies such as Artificial Intelligence and Big Data, we can come up with new solutions responding to the challenge of integrating drones into civil airspace”.

In the words of Roberto Formaro, Programme Director of the Italian Space Agency: “The URANO project is financed within the framework of the National Satellite Navigation Programme for Civil Aviation, defined by the Italian Space Agency (ASI) and the National Flight Authorisation Authority (ENAV), which aims to promote technological and application developments deriving from the implementation of satellite navigation within Air Traffic Management systems, with benefits in terms of increased traffic capacity, increased safety and navigation accuracy. The activities carried out have already provided the possibility of collecting data, operational experiences and recommendations to address the next certification and standardisation activities for the integration of remotely piloted aircraft with air traffic control and management systems, also in controlled and unsegregated airspace. This initiative forms part of a broader collaboration between ASI and ENAV, which includes other projects that will always see EGNOS and Galileo as enablers of certifiable services, with a focus on the safety and integrity of navigation data, to the benefit of using drones of different classes and for different operational uses.”

“A new path has been undertaken by ENAV, that of Urban Air Traffic Management. We are working on the integration of two fundamental layers such as conventional traffic control and drone traffic control,” says Maurizio Paggetti, Chief Operating Officer of ENAV and CEO of D-Flight. “The ENAV Group is continuing to invest in innovation to promote the sustainable evolution of an infrastructure as intangible yet as strategic as airspace, guaranteeing safety and supporting the development of new means and new forms of air mobility”.

The Italian Space Agency (ASI) was established in May 1988 and has always been entrusted with the task of coordinating and managing funding for all space initiatives, under both national programmes and international partnerships. ASI is now one of the world’s top six space agencies, making Italy the third most important contributor to the European Space Agency (ESA), after France and Germany. Drawing on its great diplomatic capability, ASI collaborates with all the world’s most important space agencies, including NASA first and foremost, with production of more than 40% of the western living space of the International Space Station (ISS) in Italy. Under these partnerships, through Italian industries, ASI now has scientific instruments on board
the satellites that have explored all the planets in our solar system, as well as the comets. But space is now more than an extraordinary area for research. It is also an important economic opportunity. The telecommunications and satellite navigation market, to mention only one application, is continually growing, and ASI works to ensure that Italy is ready to take advantage of these opportunities, drawing on its experience in satellite construction and launching.

Telespazio, a Leonardo and Thales 67/33 joint venture, is one of the world’s leading operators in satellite services. Its activities range from the design and development of space systems to the management of launch services, from in-orbit satellite control to Earth observation, from integrated communications, satellite navigation and localisation services to scientific programmes. Telespazio plays a leading role in the reference markets harnessing technological experience acquired over the years. Since its establishment, the company has participated in major European space programmes such as Galileo, EGNOS, Copernicus and COSMO-SkyMed. In 2021, Telespazio generated sales of EUR 605 million while employing 3,000 people in nine countries. www.telespazio.com

Leonardo, a global high-technology company, is among the top world players in Aerospace, Defense and Security and Italy’s main industrial company. Organized into five business divisions, Leonardo has a significant industrial presence in Italy, the United Kingdom, Poland and the USA, where it also operates through subsidiaries that include Leonardo DRS (defense electronics), and joint ventures and partnerships: ATR, MBDA, Telespazio, Thales Alenia Space and Avio. Leonardo competes in the most important international markets by leveraging its areas of technological and product leadership (Helicopters, Aircraft, Aerostructures, Electronics, Cyber Security and Space). Listed on the Milan Stock Exchange (LDO), in 2020 Leonardo recorded consolidated revenues of €13.4 billion and invested €1.6 billion in Research and Development. The company has been part of the Dow Jones Sustainability Indices (DJSI) since 2010 and has been confirmed among the global sustainability leaders in 2021. Leonardo is also included in the MIB ESG index.

ENAV is the company in charge of civil air traffic control in Italy, guaranteeing round-the-clock safety and punctuality with a volume of about 2 million flights per year by providing air navigation services to airlines flying in Italian airspace. ENAV is a stock exchange listed company which has been considered one of Europe’s "big five" for its operative performance and technological innovation for some time now, a very important component of international Air Traffic Management system with a commercial presence in more than 100 countries around the world. The company plays an active role in research and development, in coordination with national and international air traffic control bodies, and is a key player in the creation of Single European Sky, a programme for standardisation of air traffic management in the European Union with the aim of reinforcing the safety and efficiency of air transportation on the continent. ENAV has been working for the environment for many years, with constant optimisation of routes, becoming the first major European service provider to implement the Free Route procedure allowing airlines to save on fuel consumption and polluting emissions. 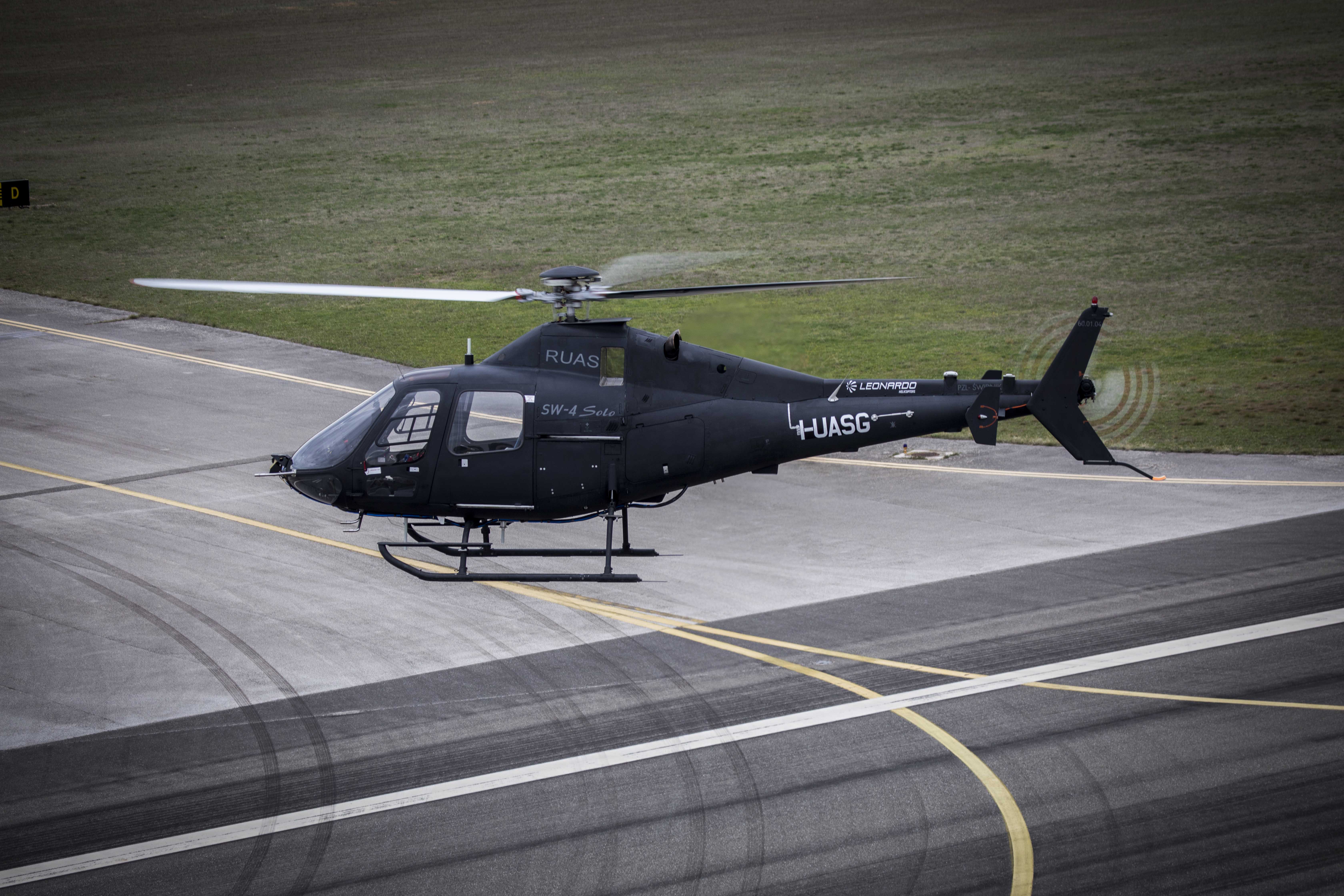 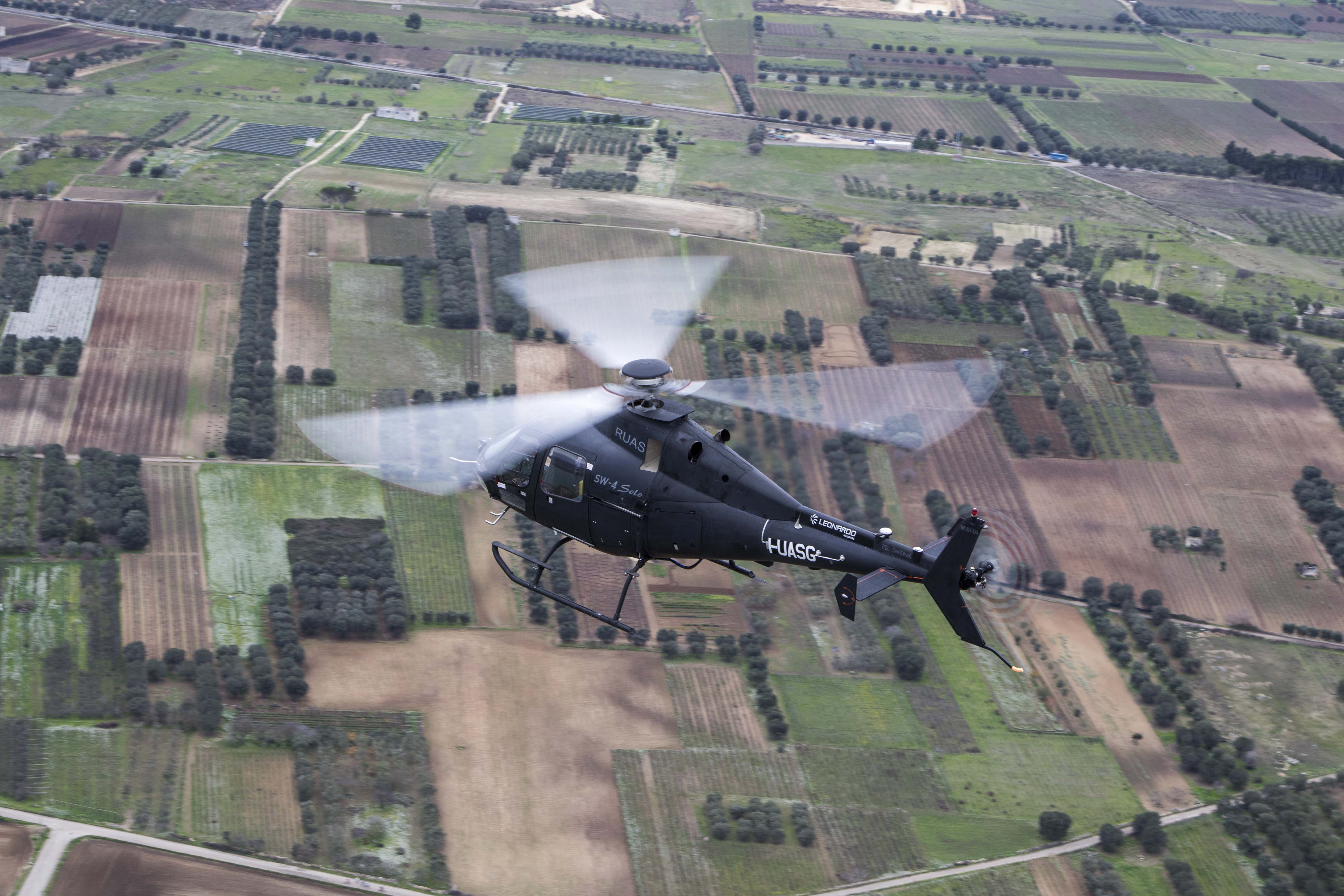