The Clean Sky research programme has evolved into Clean Aviation, underlining the European Commission’s constant commitment to identifying solutions for reducing the environmental footprint of air transport. Leonardo, one of the founding partners in the programme, plays a key role in the development of technologies destined to revolutionise the sustainability of flying, while keeping the European industry competitive.

The Clean Sky Joint Undertaking, now renamed Clean Aviation Joint Undertaking, is without doubt the most ambitious and complex aeronautical research project in the history of the European Commission. Between 2007 and 2024, the EU will have invested 5.6 billion euro in the Clean Sky 1 and Clean Sky 2 research programmes, of which Leonardo is a leading member. These programmes involve about 1,000 entities, including institutions, universities, research centres, small to mid-sized enterprises and industries in 30 different countries, totalling more than 5,000 specialists whose outstanding scientific and technological results are accelerating the evolution of innovation with important benefits for our lives. 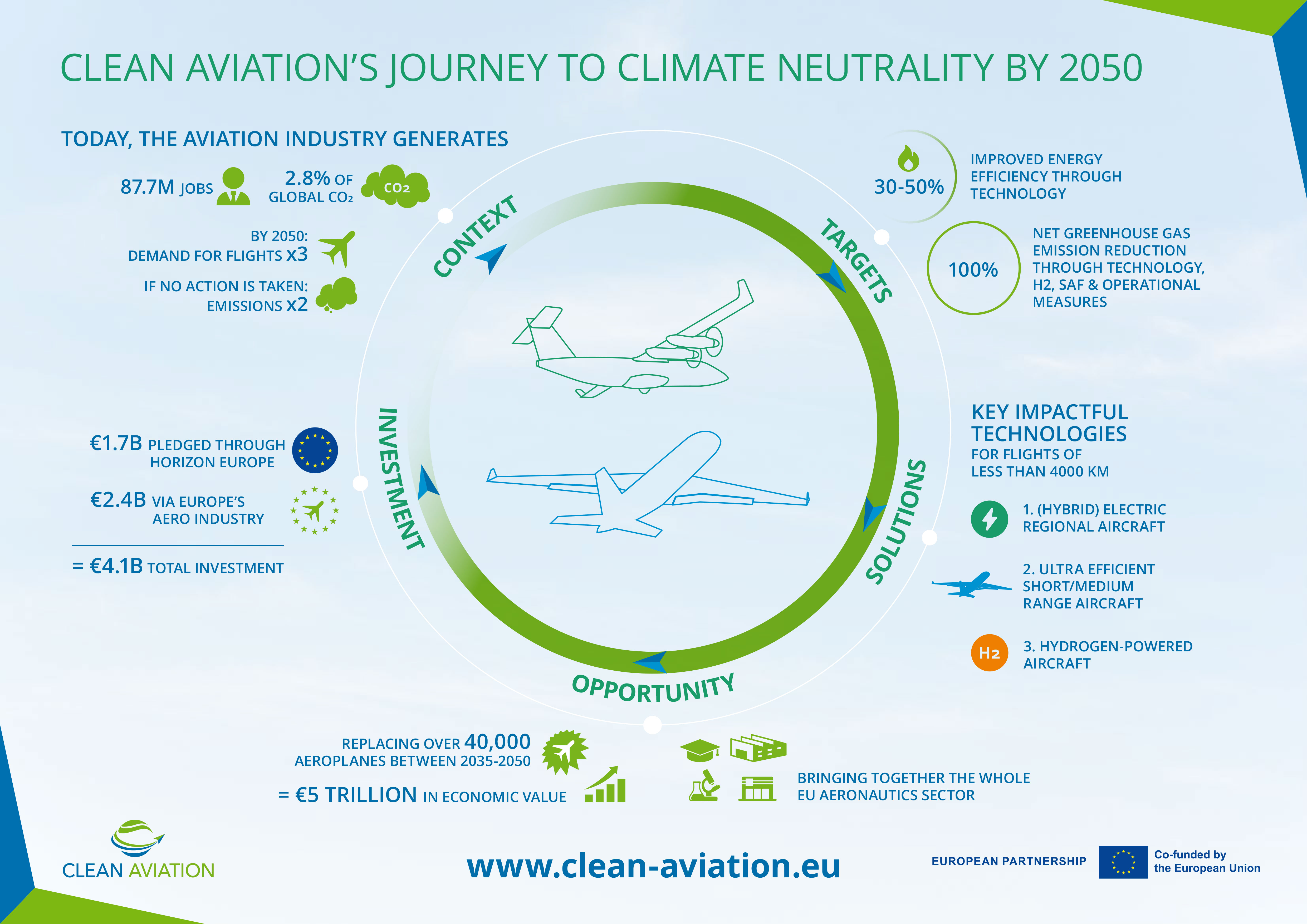 Leonardo participated in the conception and implementation of the Clean Sky initiative, supporting the research programme right from the start with a view to working on the development of technologies for reducing the environmental impact of air transport, while keeping the European industry competitive.

Under Clean Sky 2, Leonardo holds a position of leadership in the development of the demonstration platform for Green Regional Aircraft and the Next Generation Civil Tilt Rotor (NGCTR). The programme involves many of the outstanding names in the European aeronautics industry, including about a hundred Italian SMEs; coordinating them all is a major challenge for the company, but also an honour signifying the European Commission’s recognition of its management skills.

The integrated technological platforms are rooted in about 80 enabling technologies, which were analysed to identify 30 technologies in all the main disciplines, from flight mechanics to electrification of on-board systems, avionics, and innovation in structures and productive processes. These will be developed, through a series di test infrastructures, into flight simulators and demonstrators.

Clean Sky 2 was recently awarded the prestigious “ICAS Von Karman Award” for International Cooperation in the aeronautics industry, presented during the 33rd ICAS (International Council of the Aeronautical Sciences) Congress in Stockholm, organised by the Swedish Society of Aeronautics and Astronautics.

Under the new Clean Aviation programme, the Board has approved the release of a total of 700 million euro in funding for 20 projects researching innovative solutions to power the next generation of sustainable aircraft and to support EU Green Deal ambitions for a climate-neutral future.

Projects will provide disruptive technologies to achieve European Green Deal targets for a sustainable aviation reducing at least 30% greenhouse gases (GHG) emissions in 2030 with aircraft solutions being able to replace up to 75% of in-service fleet in 2050.

Leonardo, founding member of Clean Aviation JU, leads the winning proposal “Hybrid-Electric Regional Aircraft” (HERA), including 48 partners, targeting the definition of a hybrid-electric propulsion regional aircraft concept and related performances integrating the disruptive technologies relevant for its smooth in-service operation. HERA will also define the key features of the real scale demonstration and exploitation of such technologies and aircraft testing planned in the second half of Clean Aviation in order to make them ready for the implementation on a real product having an entering into service (EIS) middle next decade.

Leonardo success in this first call of Clean Aviation confirms its strong commitment for a sustainable aviation in the regional and short-range segments either fixed wing or rotorcraft and the high-quality technical contribution offered to the European partners.

Winning proposals collect the best European scientific, technological and industrial excellence and skills foundation of EU leadership in aviation. Proposals will operate in a structured cooperative working frame to speed conception and demonstration of disruptive ideas and technologies seeking for reducing GHG as identified in the Clean Aviation Strategic Research and Innovation Agenda (SRIA).