The Leonardo Drone Contest is an Open Innovation challenge designed and launched by Leonardo in collaboration with six Italian universities, to encourage the development of Artificial Intelligence applied to Uncrewed Systems. The aim of the project is to encourage the creation of an innovation ‘ecosystem’ that involves and brings together the capabilities of large companies, universities, small and medium enterprises, and national spin-offs and start-ups.

In particular, Leonardo is supporting the activities of six PhD students (one per university) from the Politecnico of Turin and Milan and from the Universities of Bologna, Sant’Anna of Pisa, Rome Tor Vergata and Federico II of Naples. For three years, these students have been engaged in developing an autonomous drone guidance system, sharing both university and Leonardo resources and knowledge.
For the trial and competition, the six PhD students each had their own multidisciplinary team, made up of students from different courses and levels in the engineering area, where each member enriched their experience through teamwork and by achieving the contest’s objectives.

Launched in 2019, the Leonardo Drone Contest has taken place over a three-year period and consisted of two annual events, a scientific symposium, and a competition. The first two competitions in 2020 and 2021 saw the six universities’ teams challenge each other in increasingly competitive rounds on the ‘airfield' of Leonardo's Turin site. It was a true ‘drone game’, with the level complexity increasing each year.
The 2022 competition takes place on 6 and 7 October and marks the conclusion of this experimental cycle – a final challenge between the six teams and the last chance to snatch ultimate victory and prepare for new adventures.

Drone Contest 2022: the Polytechnic University of Milan wins the challenge

An ecosystem of innovation 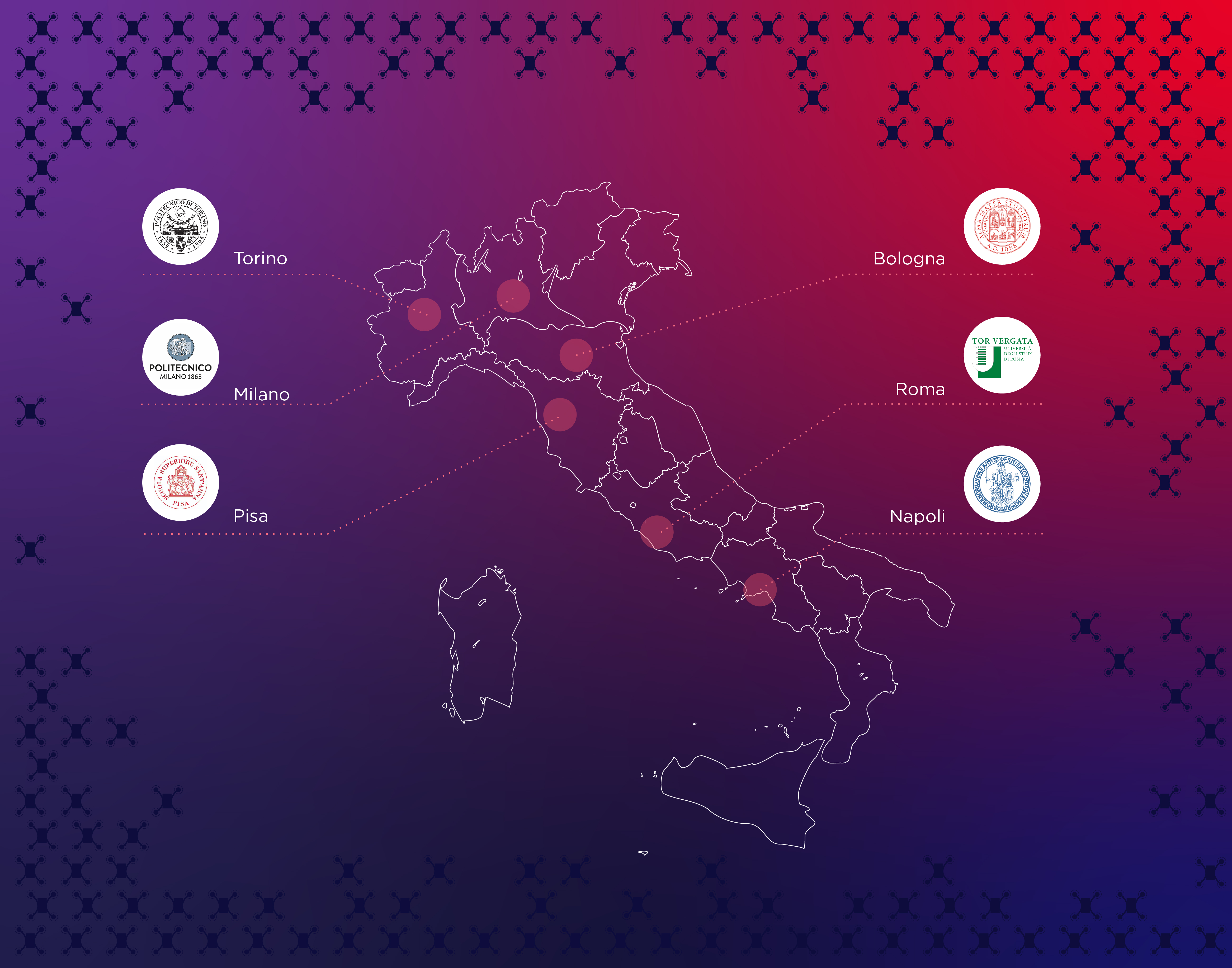 For 160 years Politecnico di Torino has been educating engineers, architects, designers and urban planners to high quality standards. The DRAFT PoliTo team is composed of students from different courses and levels of the Engineering area, a multidisciplinary group where each member enriches his experience in teamwork by achieving the objectives.

Politecnico di Milano is a scientific-technological university which trains engineers, architects and industrial designers and it has always focused on the quality and innovation of its teaching and research. The Politecnico team’s goal is the development of a drone with autonomous guidance and navigation capability.

It is considered to be the oldest university in the Western world and it is a keystone and a point of reference for European culture. The University of Bologna team’s ultimate goal is to equip their aerial platform with artificial intelligence, allowing the performance of predefined operations in complete autonomy and without human intervention.

The Sant’Anna School is a public university institute - with special autonomy - working in the field of applied sciences and aims at experimenting innovative paths in research and education. The School’s team is focusing on system simulation and facing the challenge to make a state-of-the-art drone that maps an unknown environment and plans for mission movements.

University of Rome Tor Vergata aims at playing a leading role in research and education, as well as in technological, economic, organisational and social development. The Tor Vergata’s team is made up of students, PhD students and other researchers, specifically experts in the field of artificial intelligence, automatic controls and robotics.

The University of Naples Federico II

The University of Naples Federico II was founded in 1224 and is the oldest public university in the world. From here comes PRISMA Lab with its team working on the Drone Contest project and focusing on the primary challenges related to software development, mechanical development/prototyping and mechatronic design.

The University of Naples Federico II