Brussels was the location for a European debate on the themes of defence, security and the role of industrial players in the sector. In a Europe shocked by the war in Ukraine and at a time when the majority of countries in the 'old continent' are announcing increased budgets for military spending budgets, companies in the Aerospace, Defence and Security (AD&S) sector are questioning how to develop the capabilities and technologies they need to operate in a totally new international context compared to a few months ago.

Two events stood out yesterday in the Belgian capital. In the morning, ASD, the association that brings together the European aerospace, security and defence industries and represents around 3,000 companies and 880,000 people across 18 countries, released an overview of the state of the industry and its value in 2021. The Association issued two reports: the first an annual publication on the main issues and statistics relating to its member companies, and the second an analysis of the companies' economic and social impact.

Both documents were presented and discussed in a press conference organised by the Association and attended by Chairman Alessandro Profumo, Vice-Chairman Guillaume Faury and Secretary General Jan Pie.

Some striking statistics emerged for the European AD&S sector*, which employs 3.57 million people including those working in direct (942,000), indirect (966,000) and induced (over 1.66 million) roles. In other words, each direct job generates an additional 2.8 jobs. The turnover of the sector amounts to €578 billion, of which €241 billion is direct, €148 billion is indirect and €189 billion is induced. These figures show that every €1.00 of turnover from companies in the sector generates an additional €1.40 overall.

The European AD&S industry contributes €240 billion to the GDP of member states: according to the analysis presented yesterday, every €1.00 of turnover generates €0.99 of GDP, a ratio that puts companies in the sector among those contributing the highest added value to the European economy.

The Aerospace, Defence and Security sector therefore plays a vital role in enabling the socio-economic development of the countries where it operates and provides national governments with the technologies and tools used by their institutions to guarantee security.

Security - of territories, citizens, businesses and infrastructures - is fundamental. Without it, no growth can be lasting or sustainable. Companies in the defence sector are some of the most advanced in terms of their technological capabilities and are among those that invest the most in research and development. These factors constitute the main drivers in the growth of each nation's gross domestic product.

The Economic Impact of the European Aerospace and Defence Industry

Towards a European Defence

Following the same themes, Leonardo organised another event in Brussels by Leonardo entitled “The pathway to European Defence between global challenges and technological sovereignty”. Among the guests attending were some of the most influential representatives of the European institutions, including the European Commissioner for Economy Paolo Gentiloni and the President of the European Parliament Roberta Metsola, who spoke via a video message. Closing the evening was a keynote speech by Bastian Giegerich, Director of Defence and Military Analysis at the International Institute for Strategic Studies (IISS). 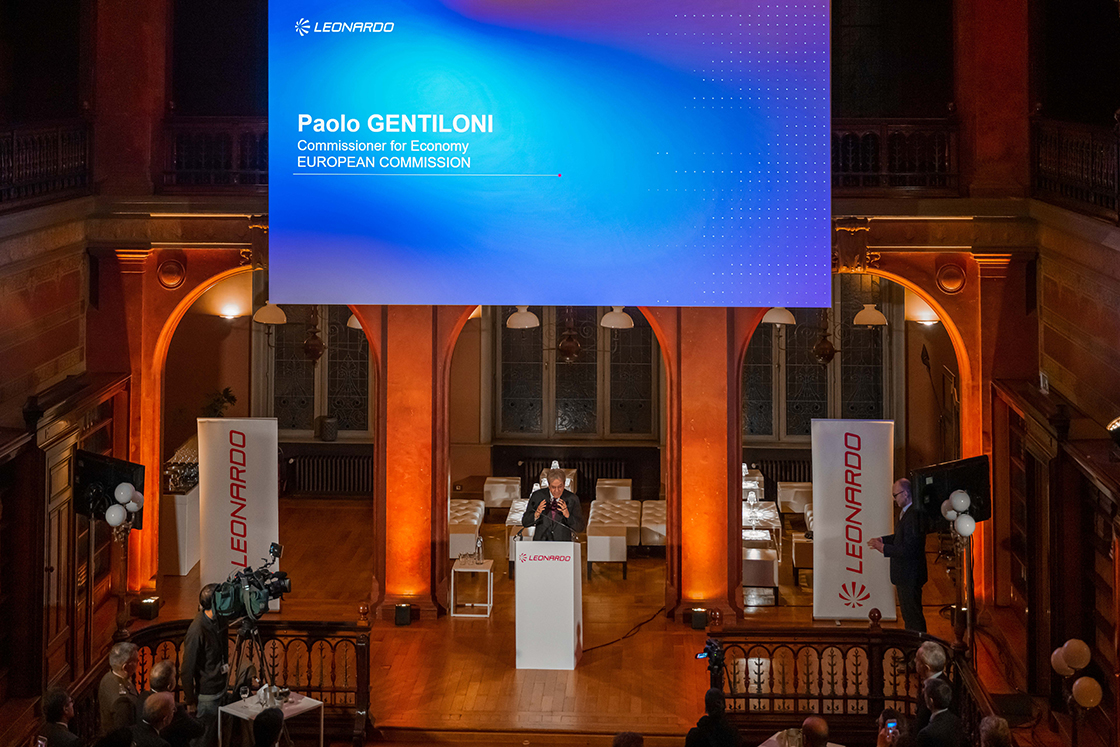 In the rooms of the historic Solvay Library, the participants discussed how to raise the level of cooperation between countries, an approach that will become increasingly important if Europe is to achieve strategic autonomy and technological independence in its defence capabilities. There must also be an awareness of the complexity, the costs and the high degree of specialisation that new technologies demand, particularly in the emerging disruptive sector that is so crucial for the platforms and solutions of the future.

Aircraft, helicopters, tanks, ships, submarines: the new context in which these assets must operate is no longer purely an individual domain - air, land or sea - but the combination of all three; and to these must be added the new space and cyber domains, now crucial from a Joint All-Domain perspective. Technological systems and solutions must have the ability to “talk to each other”, to transmit data, to analyse it, and to be able to operate rapidly and effectively in any operational scenario, deploying ever fewer people in high-risk situations.

The contribution of the industry

Leonardo is ready to support this process by leveraging the distinctive capabilities that make it one of the few European companies to be a leading player in multidisciplinary technologies across all five domains.

To sustain the technological and industrial base of European defence, it is of fundamental importance to develop a fully integrated cycle of cooperation - based on an agreed definition of priorities and requirements - and to secure an increase in European research funding for defence and the development of joint programmes. 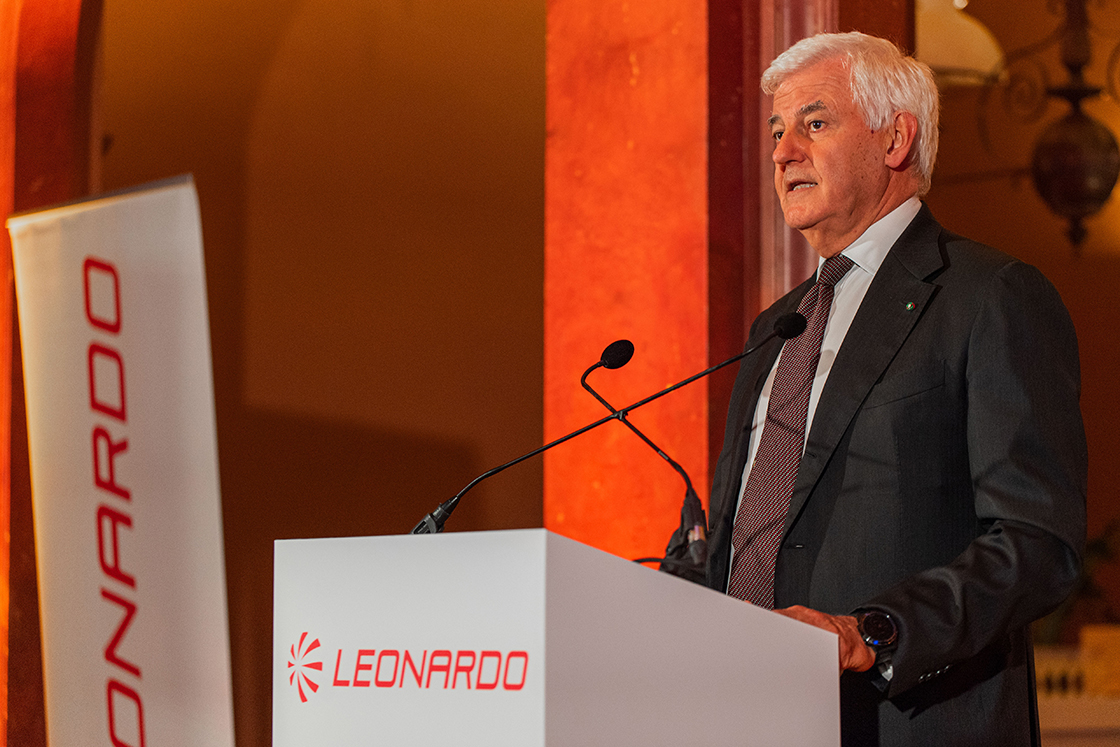 For Profumo “the first step is to identify the professional skills and capabilities that the sector will need in the medium and long term. This is why at Leonardo we have developed a map of critical skills and technologies and invested in the Leonardo Labs, a network of 11 laboratories dedicated to research into emerging disruptive technologies”.

The words of Leonardo's CEO were echoed by Commissioner Gentiloni, who pointed out the consequences of Russia's invasion on the global economy and in particular on the European economy, with the combination of soaring energy prices, rising inflation, weak external demand, and extraordinary uncertainty weakening confidence and clouding our economic outlook. According to the latest forecasts, we should expect the European economy to grow by 0.3% next year and 1.6% in 2024.

Paolo Gentiloni also stated that the conflict in Ukraine has strengthened the transatlantic alliance, but at the same time "pushes us towards a more integrated European defence system. We have to take more responsibility at European level, which means significantly increasing defence spending: we come from two decades of underinvestment in which combined defence spending in Europe grew by 20%, when in the same period in the US it grew by 60%, in Russia it tripled and China increased it by 600%.

In her video message, Roberta Metsola reiterated the importance of devoting further resources to Defence in order to achieve European sovereignty. According to the President, guaranteeing access to the key technologies of critical importance to the Defence industry will require investments, new industrial capabilities and international collaboration.

Closing the event, in his keynote speech Giegerich underlined that, for many players in the sector, the role of export markets has grown over the past 20 or 30 years in comparison with domestic markets. This change that has had the consequence of transforming some buyers into outright competitors, exchanging access to their markets for the transfer of technologies in their favour. 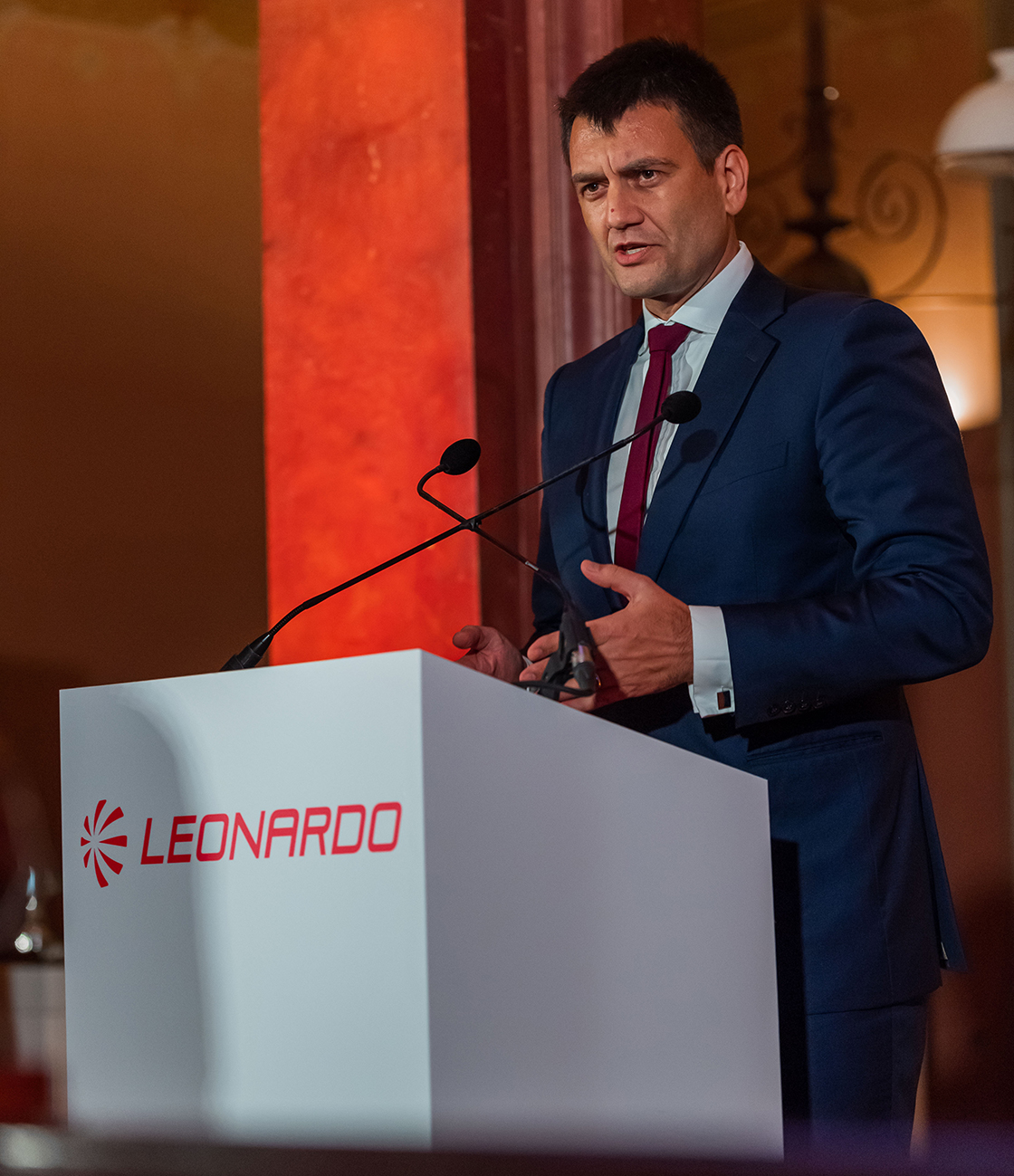