How innovation will change the aircraft of tomorrow

What will the aircraft of tomorrow be like? Salvatore Grimaldi, Head of Innovation Management for Aircraft at Leonardo, describes the innovation ecosystem Leonardo promotes in support of the research and development of ground-breaking technologies addressing the future challenges of the aerospace industry.

To respond to the extraordinary technological evolution currently underway and address the industrial opportunity represented by the challenges of tomorrow’s aircraft, it is essential to implement a systematic approach involving all resources capable of building a vision of the future and drawing a roadmap for implementing it.

Salvatore Grimaldi, in charge of Innovation at Leonardo’s Aircraft, now at the helm of a team of about fifty people researching new directions for innovation and business, talks about this approach: “The aircraft of the next generation, for both civil and military applications, require development of enabling technologies, with implications for the industrial ecosystem that go well beyond individual programmes.” 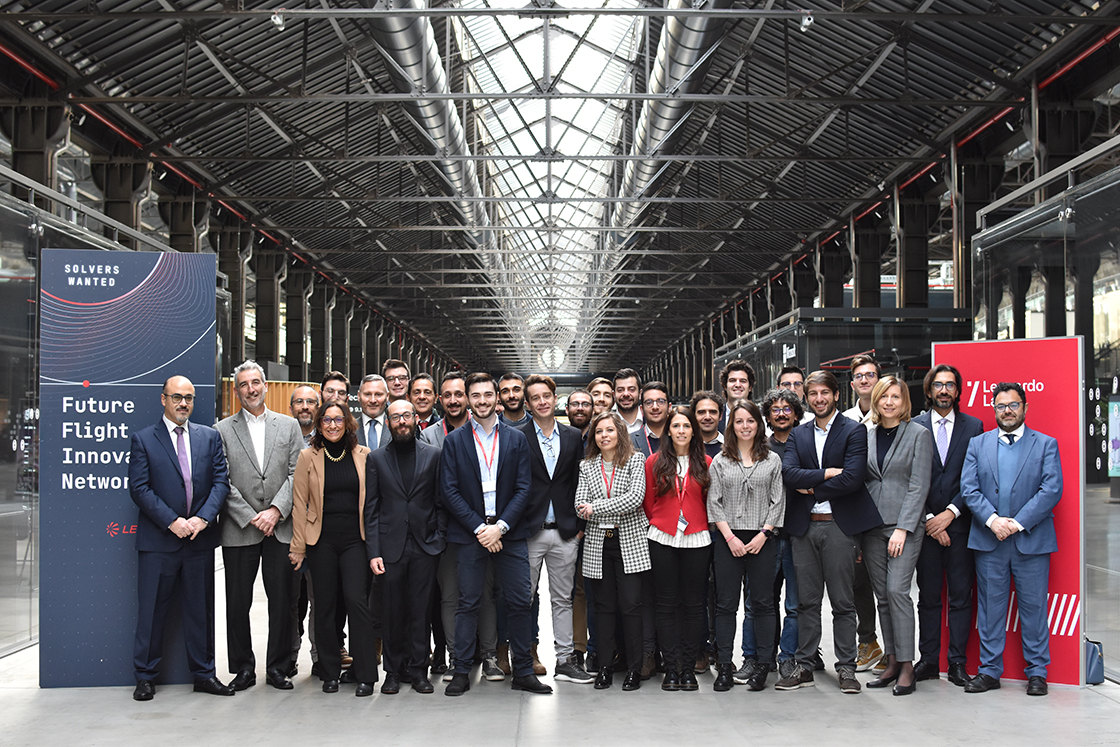 This approach, which sees the involvement of operative resources in a number of Leonardo sites, in the Leonardo Labs and in Turin’s Officine Grandi Riparazioni (the innovation incubator chosen by Leonardo to facilitate relations among companies and start-ups, ed.), contributes significantly to building an ecosystem of innovation involving a complex system of players all over the country, with the goal of developing enabling technologies for the aeronautics of the future, such as aircraft electrification. “The amount of power required is several orders of magnitude greater than that of the automotive industry. This means alternative solutions are required that will substantially alter the way aircraft are designed. We’re working on the technologies of the near future,” explains Grimaldi, “such as hydrogen, fuel cells and high-power electrical systems that will prepare us to address the challenges the market puts before us.”

“The new paradigms in aeronautics, from autonomous aircraft to digitisation and emissions reduction, require innovation in many different fields of science.” Leonardo researchers are working on processes for the identification and modelling of new materials for the aeronautical industry, such as metamaterials and materials based on graphene, as well as the new systemic solutions enabled by their potential. “Examples include multi-functional materials combining mechanical capabilities with systemic ones, such as heat transmission or electromagnetic conditioning.”

Ecosystem creation is the fulcrum of innovation: the aim is to accelerate the process of innovation and the long-term diversification of the business, involving and systematically organising the capabilities of research centres, institutions, universities, SMEs, large enterprises, spin-offs and start-ups, in Italy and abroad.

people
involved in research and development

invested in research and development in 2021

The goal is, in effect, to trace a “technological trajectory” to meet the need for information and decision superiority and sustainability in the aviation of the future and to create value in the industry ecosystem by directing research and innovation towards the technological trends constituting the long-term goals of the company and its supply chain.

All this is in line with the strategic Be Tomorrow - Leonardo 2030 plan, drawn up with a view to contributing to sustainable progress, national security and a more hospitable future. Thus making research and innovation “sustainable”, too.

“In the innovation ecosystem, we are working with the principal universities in Italy and Europe, maintaining contact with the global academic world to obtain a clear picture of the emerging new trends in technology. Leonard’s main “motor” channelling interaction with the academic world and research into enabling technologies is the F2LINK - Future Flight Leonardo Innovation NetworK project, which involves more than 100 professors from 40 departments in 25 different universities. We now have more than 30 organic research partnerships in which universities work side by side with our researchers to study solutions that will take the aeronautical sector into its strategic tomorrow.”

In addition to the Politecnico di Torino, the team has a well-established relationship with the University of Naples and the Politecnico di Milano, as well as the Information Technology departments of the Universities of Pisa and Bologna. “The academic world is a key part of the network, but it’s not the only one. Industrial partners are also needed who are capable of contributing innovative skills and ideas, which is why we have helped launch TAKEOFF, Italy’s first start-up accelerator for the aerospace industry, and play an active role in the Business Innovation Factory (BIF), Leonardo’s accelerator supporting the growth of start-ups. So far, we are working with more than 10 start-ups in Italy and abroad, characterised by a profile of growth in the fields of digitisation and transformation of data into value. This also contributes to our goal of building a network for research in key frontiers for the future of the aeronautics industry,” explains Grimaldi.

The same paradigm is also clearly emerging for defence aircraft, in which the pilot at the controls will act as a captain directing a team of unmanned aircraft, known in the jargon as “loyal wingmen”. “Autonomous driving and artificial intelligence offer possibilities for development that were so far unimaginable, but are indispensable for controlling and directing not just an aircraft but a whole system of set-ups in increasingly complex operational scenarios. Aboard the aircraft of the future, the pilot will lead an entire interconnected task force, acting as a decision-maker rather than just an operator. No single successful solution has yet emerged in these areas, but man/machine interaction supported by artificial intelligence will undoubtedly be its cornerstone.”

“Digitisation represents the fulcrum of the lever of change in aeronautics, even more than in other industries,” emphasises Grimaldi. “Digitisation is changing the entire life cycle of the aircraft, from design to production and maintenance.”

“This is our primary technological commitment, and there are great opportunities out there. We’re working on developing the digital twin concept: digital copies of real aircraft. The digital twin traces a new way of conceiving, designing, developing and testing an aircraft, as well as the most effective way of making and using it. The computing power enabled by davinci-1, Leonardo’s HPC and one of the most powerful high-performance computers in the industry worldwide, makes it possible to conduct complex simulations in design, collect and process production data, and predict how the aircraft or system will behave during its operative lifespan.”

Grimaldi goes on to mention construction “of the digital aircraft chain, from conception, using development environments such as our Battle Lab in Turin and advanced instruments such as the Smart Chair, through to development (Digital Twin Design) and production (Digital Factory), and all the way to use in operation (Data Driven Digital Twin and Connected Fleet), making it possible to create and grow a digital avatar of the aircraft, thus establishing convergence between the digital and the real world”. 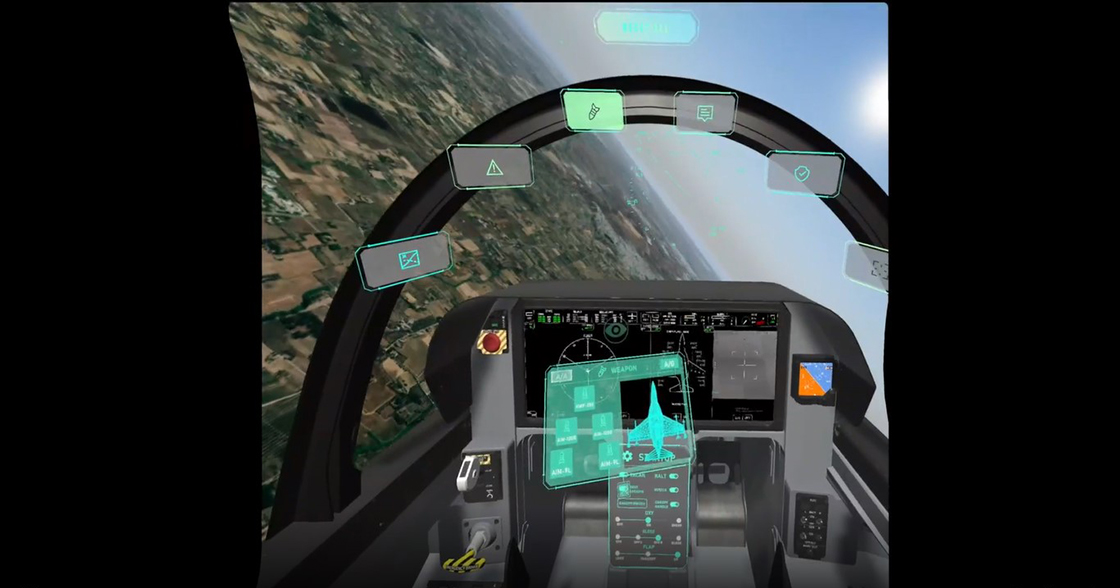 All this will permit drastic reduction of costs, time-to-market and expenditure on maintenance, while optimising use in operation; but also, and above all, it will improve our ability to innovate the product and study its future development, imagining and creating new solutions of great added value which would once have been impossible.
“Digitisation allows us to continue opening up new frontiers of innovation in our field, and our team works every day in the awareness that we must continue to raise the bar, making new challenges possible: we’re only at the beginning of a long path leading to the aeronautics of the future, and we at Leonardo want to play a prominent role”, concludes Grimaldi.

RID talks about Nerviano, the home of IRST

Drone Contest 2022: the Polytechnic University of Milan wins the challenge