The end of 2020 marked a milestone in the history of naval helicopters at Leonardo.

In November, the German Navy signed a major contract for 31 of the NATO Frigate Helicopter (NFH) version of the NH90. Leonardo is responsible for the integration of the complex naval mission suite for all NFH customers. The contract is also the first to introduce the LEOSS-T electro-optical system into service with a European and NATO customer.

In December, the first of 12 NH90 NFHs for the Qatar Emiri Air Force performed its first flights from Venice Tessera, Italy, while the first NH90 Tactical Transport Helicopter (TTH) took off from Marignane, France. 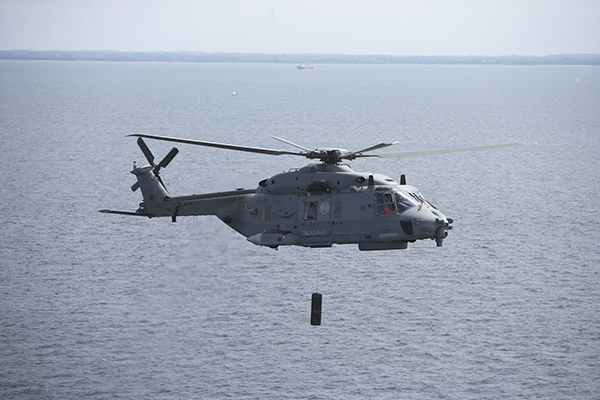 Naval helicopters are complex aircraft because of their maritime operations. This operational environment features strong winds, corrosion, risks due to spatial disorientation and low visibility, highly sophisticated threats, etc. The aircraft needs to be able to take off, fly, and land in all weather conditions, while guaranteeing good autonomy, load capacity and manoeuvrability, as well as autonomous mission management. Moreover, it must be fully compatible with the vessels from which it operates from both a physical (e.g. deck harpoon) and electromagnetic point of view.

In this respect, today the Company is a key player in the global market. These capabilities are the result of a long journey begun together in the 1960s by Agusta and Westland, then independent companies, with licence construction programmes such as the AB-212 and SH-3 Sea King. For Leonardo, the Italian Navy's AB-212 Anti-Submarine Warfare (ASW) was the first example of autonomous integration of a suite for naval applications (at that time mainly ASW) on board an aircraft built under licence – for both Italian and foreign customers. Similarly, the Wasp light helicopter enabled Westland to build solid know-how in the same sector in the 1960s thanks to its first truly autonomous programme.

A few helicopter programmes later, based on the experience of successful mass production projects for domestic and export customers and from other studies and technology demonstrators, Agusta and Westland reached sufficient capacity to trigger a major leap in quality. For Westland, the production of Lynx helicopters marked a major change. Later on, the EH101 joint programme for the Sea King replacement represented a tipping point for both companies. Driven by increasingly ambitious operational requirements, the EH101 programme – now renamed AW101 – has gone well beyond expectations, both in terms of orders (over 220 units sold to date) and in terms of versatility. As a result the multi-role AW101 is today offered in both land and naval configurations. In the naval applications sector, initial versions predominantly focused on ASW and Anti-Surface Warfare (ASuW) and went to the Italian Navy and the Royal Navy. The Italian Navy was provided with configurations also able to carry out early warning, amphibious support and utility. The Royal Navy’s AW101 Merlin helicopters (alongside the AW159 Wildcat) are now being used to help protect the UK’s carrier strike capability and the surrounding seas - ensuring the ship and its crew are well protected from enemy submarines, surface ships, aircraft and missiles. These naval applications have been followed by specialised variants for Search And Rescue (SAR, for example the CH-149 Cormorant version for Canada or helicopters for Denmark, Portugal and Norway), amphibious support, early warning, personnel recovery and special forces missions (e.g. the CAESAR for the Italian Air Force), and missions such as mine clearance and support to Antarctic missions (MCH-101/CH-101 variants for Japan). 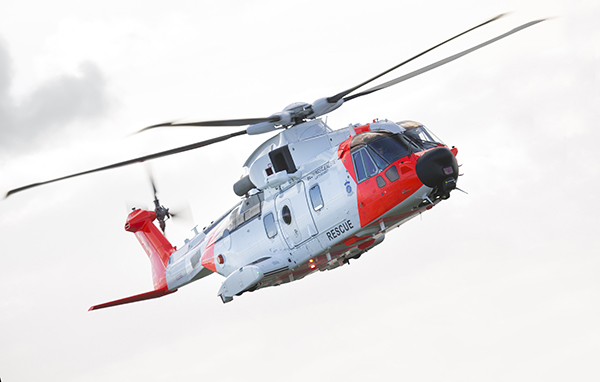 The great experience gained over time has led to international recognition of Leonardo's capabilities. Consequently, Leonardo has been assigned major responsibility for naval helicopters by the NH Industries (NHI, with Airbus Helicopters and GKN Fokker) joint venture for the NH90 programme. Systems integration on naval helicopters represents a rare area of expertise providing products to a highly specialised market only.

From an industrial point of view, the strategic choice to develop in-house avionics and system integration capabilities for all platforms, not only those intended for maritime operations, is paying dividends. Today, this approach gives Leonardo an important competitive edge (uncommon in the global helicopter industry). The customer is given the possibility of planning – with the manufacturer – the development, modernisation and support of their helicopters’ flight and mission avionics during the entire operational lifecycle of the fleet. In brief, the client benefits from great efficiency, high levels of customisation, low technological risks and better cost control. In addition, Leonardo possesses transversal competences, covering airframes, systems, and sensors, thus being able to offer truly integrated solutions across its diverse business areas. Leonardo prioritises customer proximity and is passionate about establishing and investing in these exclusive and privileged long-term relationships. 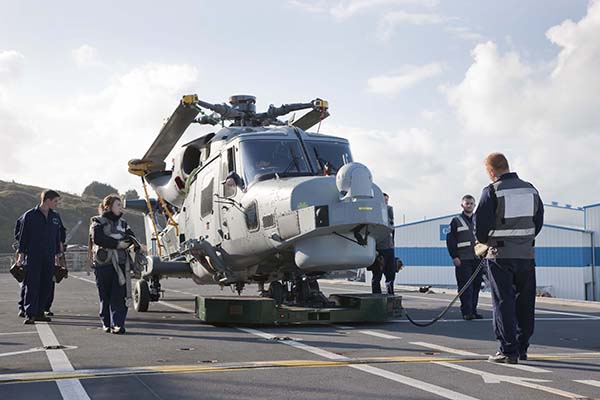 Today, most updates concern the software, which must evolve throughout the helicopters’ service life, estimated to be at least 30-40 years. This is especially true for modern specialised helicopters, such as the AW101, AW159 and NH90 models, which have been designed with a significant growth potential, and will be increasingly so in the future. Similarly, dual-use products such as AW169 and AW139 models have been developed since the beginning to allow for progressive capacity growth. Both are already validated for use in a maritime environment, including on-board operations. Also, the TH-73A single engine which will be used to train the next generation of student aviators from the US Navy, Marine Corps and Coast Guard, provides further evidence of the Company’s competitive solutions also for this application in the naval domain. In Poland, the W-3RM Anakonda is used for maritime SAR.

Most innovations have been and will be reported to the new generation systems, including the unmanned AWHERO Rotary Unmanned Air System (RUAS), which is optimised for both maritime and land operations.

Finally, Leonardo offers comprehensive training, maintenance and overhaul services, which are a key part of our service offering as the Helicopters Division and account for about 40 percent of revenues, illustrating their central importance to us and all our customers, especially those operating in a maritime environment.