One of the most hostile environments imaginable: the atmosphere composed primarily of carbon dioxide and bombarded non-stop with radiation. The temperature is almost always well under zero, with brutal temperature swings falling as low as minus 130 degrees Celsius. Dust clouds surround and consume everything, occasionally rising into the rarefied atmosphere in whirlwinds measuring several kilometres across.

Welcome to Mars, where highly advanced robotic arms are working on an incredibly challenging task, collecting surface samples, which, for the first time in history, will be brought back to Earth to be studied in a laboratory.

The robots cannot count on any outside help, or even be remote controlled, since it takes 20 minutes for signals to travel the immense distance separating the Red Planet from Earth. This means that the robots require a great degree of independence and rely on sophisticated intelligent algorithms.

Under the ambitious Mars Sample Return programme – a partnership between NASA and the European Space Agency (ESA) – Leonardo is designing mechatronic arms capable of operating on Mars, at its plant in Nerviano, Milan. The 10-year programme follows the landing of NASA’s Perseverance rover on Mars on 18 February 2021. In the course of the explorations now underway, Perseverance will collect samples, seal them in tubular containers and put them down for collection at a later date.

A historic mission will set off in 2026 to recover the samples. A landing module – NASA’s Sample Retrieval Lander – will be launched to land on Mars in 2027. The lander will release a robotic vehicle made by ESA – the Sample Fetch Rover – which will follow in the tracks of the Perseverance. The Lander and Rover will both be fitted with special robotic arms; which Leonardo is designing in its capacity as head of a consortium bringing together several European industries. These systems not only need to survive the harsh conditions of Mars, but must resist the shock of being launched from Earth, long months of travel through space and, above all, the risky descent to the ground on the Red Planet. They must be as compact and lightweight as possible, because it is essential for any space launch to keep weight and volume down, and also be capable of operating with minimal energy consumption and at ease in an environment where gravity is about a third of what it is on Earth. They must have a firm but delicate grip, with much more sophisticated manipulation abilities than those used in past missions to Mars, the use of which was limited to “positioning arms” for depositing instruments on the ground.

Leonardo has proven to be up to these challenges with the creation of DEXARM, a robotic arm and technological demonstrator for possible use on the International Space Station, and DELIAN, a milestone in mechatronics that serves as a prototype for the arms that will be used in the mission to Mars. ESA’s choice of Leonardo for this task is a source of pride not only to our company, but to the whole of Italy. 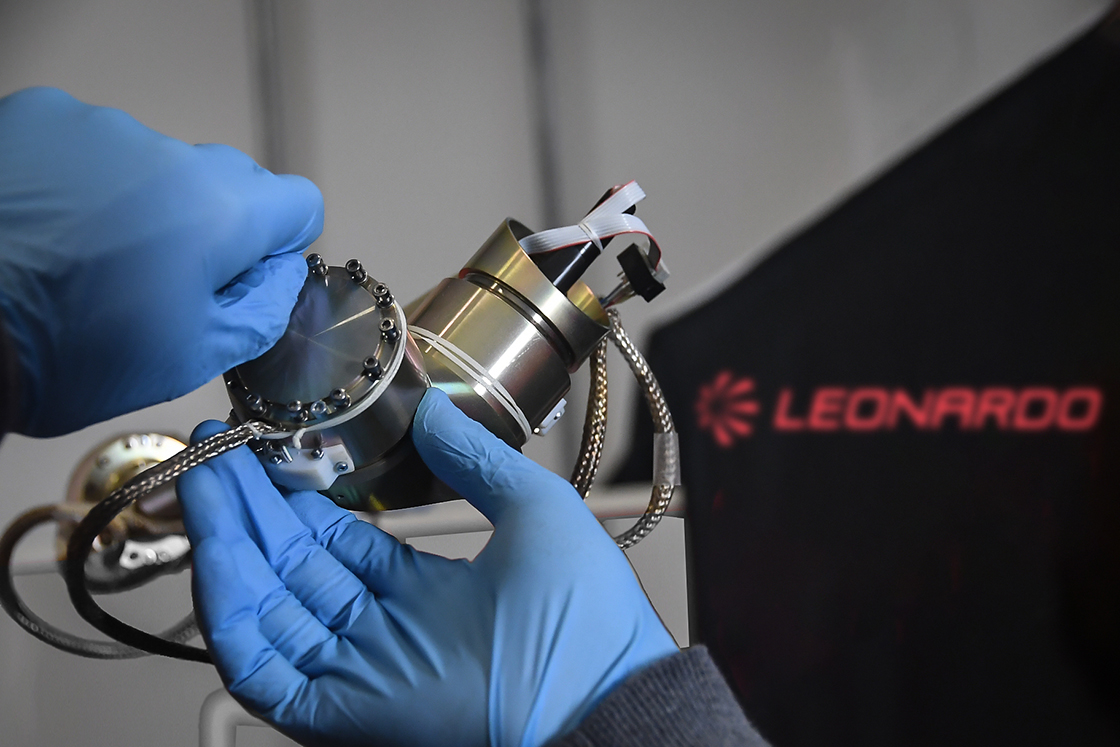 Thanks to its control system, and on the basis of the images acquired by the video cameras on board, the robotic arm on the Sample Fetch Rover will seek out the samples and recover them, placing them in a special container provided on the Rover. The arm will have an extension of about 1.2m and an articulation with six degrees of freedom thanks to six advanced joints: this is the number required to orient the tubes in any direction in Cartesian space, and to permit recovery and stowage under any circumstances.

A second arm on the Sample Retrieval Lander, the Sample Transfer Arm (STA), will be two metres long and feature a seventh degree of freedom to guarantee an infinite number of possible combinations of movements to reach a tube in any final position, without collision.

The arm on the Rover has only one additional video camera to those present on the rest of the system, and will require advanced artificial intelligence capable of recognising tubes hidden in the dust of the Martian soil. The STA will employ monochromatic video cameras capable of withstanding the environment; two cameras will be mounted to ensure cold redundancy: if one breaks down, the other will take over.

The precision of STA control will be a crucial factor, as this arm will ‘fish’ for the tubes brought back by the Sample Fetch Rover and insert them into a special container.

This container is the reason for the addition of a small rocket – the Mars Ascent Vehicle – which will be erected and launched by the Lander at the appropriate time: for the first time in history, a rocket will take off from Mars and launch the special container holding the precious samples into orbit. To bring them back, ESA will launch an orbiter in October 2026, for which the Thales Alenia Space joint venture will supply the communication system permitting data transmission between Earth, the Orbiter and Mars. Thales Alenia Space will also supply the design of the Orbit Insertion Module, which will use special propulsors to gradually enter a low orbit around the Red Planet, which it will reach in 2027. This is where the delicate meeting with the container will take place, aimed at capturing it and then returning it to Earth in 2031. 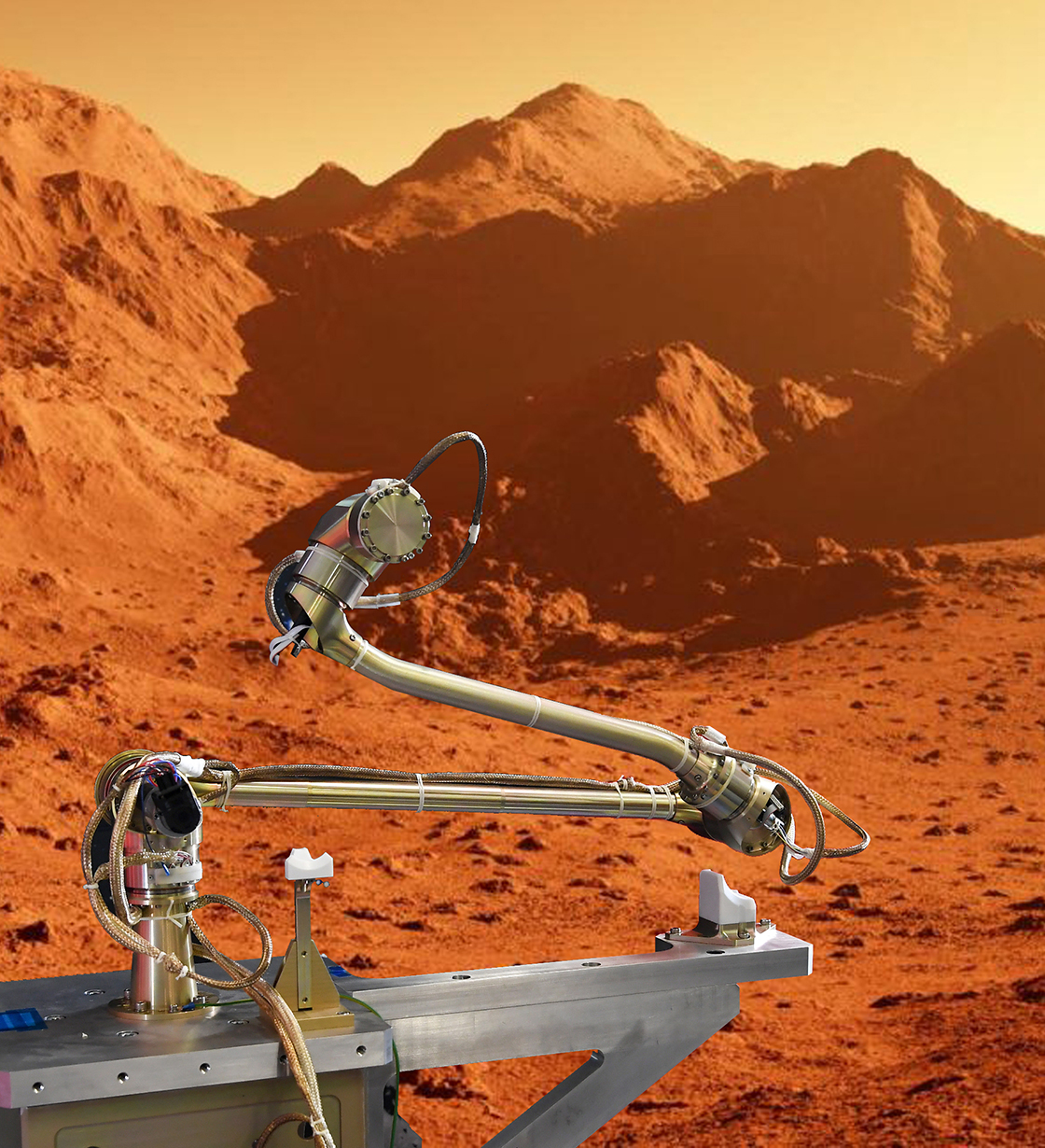 This complex international mission will set a series of records. For the first time in history, it will offer us an opportunity to study soil samples from Mars, enhancing our scientific knowledge.

In combination with the 2022 ESA ExoMars mission, these studies could offer us answers about Mars’s history, such as whether life forms may have existed. Leonardo will also be supplying a key component of this mission – a special space drill that will, for the first time, permit samples of Martian terrain to be taken, measuring up to two metres in depth. Going beyond the surface’s first metre of material, which is contaminated by radiation and therefore sterile, could potentially uncover traces of the presence of living organisms in the past.

The return of a capsule from Mars to Earth will be a significant milestone in the development of the technologies we would need for a future manned mission to the Red Planet. The immediate technological repercussions of this space robotics programme are also extraordinary, with the opportunity for systems developed for space missions to be applied in the most hostile corners of our own planet.