Bringing Mars home: Leonardo signs contract with the European Space Agency to produce the robotic arm that will help retrieve samples of the red planet

Sophisticated robotics and mechatronics algorithms will underpin the new technology. Able to “see” and make decisions autonomously, the robotic arm will retrieve sample tubes filled with Martian soil, supporting their journey back to Earth

Leonardo’s cutting-edge technologies are on-board all major space missions. Space robotics is one of the company’s main areas of expertise: Leonardo has developed numerous arms, drills and sampling systems for planetary exploration

The mission to return samples of the Martian surface back to Earth for the first time will see a 2.5-metre-long robotic arm land on the red planet by the end of the decade. Today, at the Farnborough International Airshow, Leonardo signed a contract with the European Space Agency (ESA) to design, manufacture, integrate and test that arm, called the Sample Transfer Arm, for the Mars Sample Return programme. NASA leads the mission in collaboration with ESA.

Following a successful study and prototyping phase, Leonardo, at the head of a European consortium, will now take responsibility for the development of the system through to its first operations on Mars. Scheduled for delivery in 2025, Leonardo’s robotic arm will be installed on the NASA Sample Retrieval Lander and will recover the tubes full of Martian soil that were previously collected by the Mars 2020 rover. This will allow scientists back on Earth to analyse the samples in state-of-the-art laboratories and conduct brand new research aimed at bettering humanity’s understanding of the red planet. 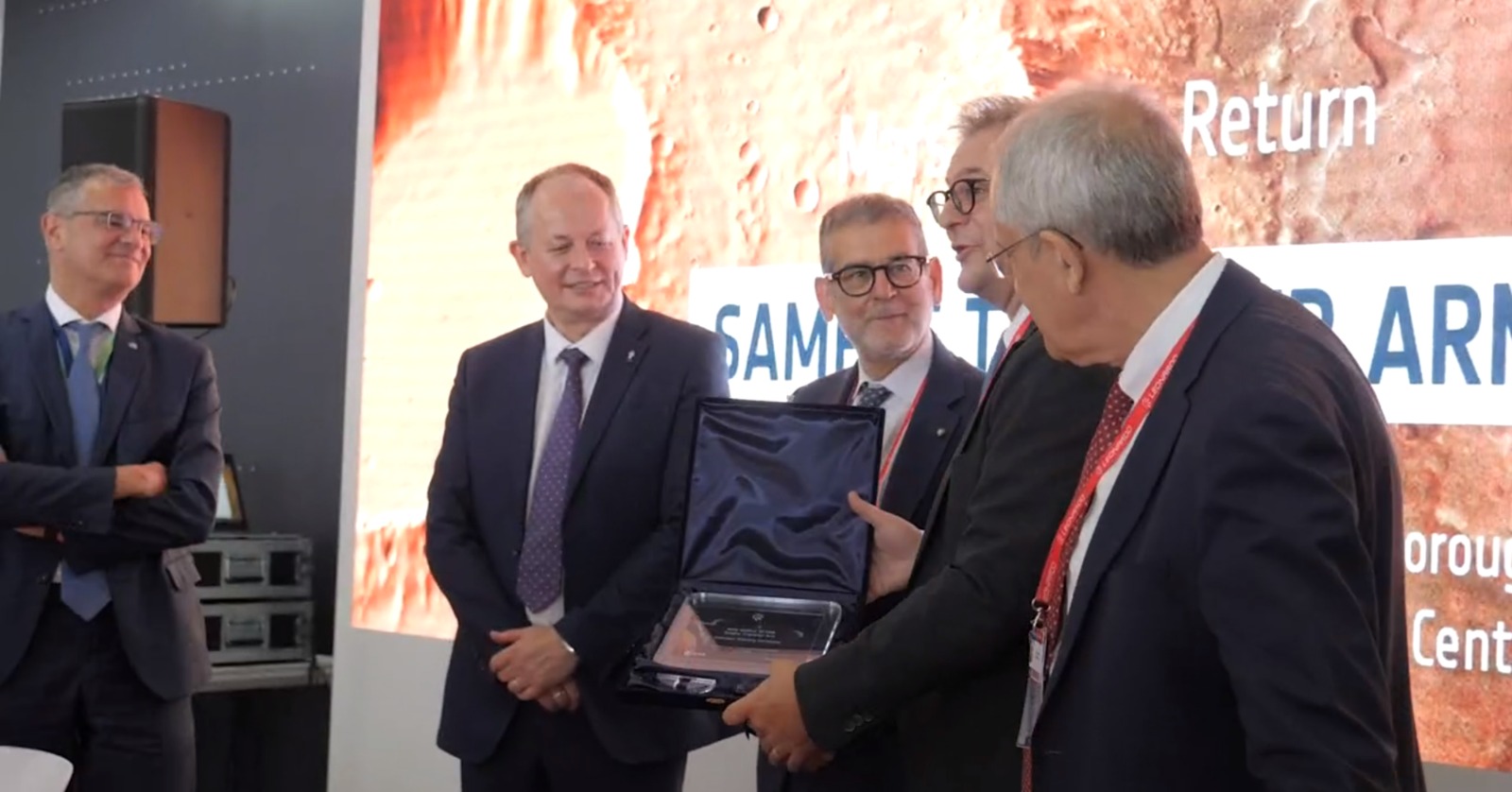 “We are very proud to contribute to the success of the Mars Sample Return mission, an ambitious programme and a major international collaboration. This contract reinforces our leadership in space robotics, an important underpinning technology for planetary exploration and in in-orbit-servicing operations” said Gabriele Pieralli, Managing Director of Leonardo’s Electronics Division. “This cutting-edge instrument is just one example of Leonardo’s technological excellence in the space domain,
which is the reason we are chosen to be on board the major missions to explore the universe, to monitor the health of our planet and to provide critical navigation and telecommunications services.”

The Sample Transfer Arm is a jewel-in-the-crown of space robotics: autonomous, highly reliable and robust. Its architecture mimics a human arm with a “shoulder”, “elbow” and “wrist” and it can perform a large number of movements with 7 degrees of freedom. Unlike a human arm, the Sample Transfer Arm has its own built-in “brain” and “eyes”. Managed by control electronics, the limbs, joints and “hand” (known in space science as the ‘end-effector’) are able to execute all of the actions required by the mission with a high level of dexterity. These include identifying and extracting the tubes from the rover, picking them up from the ground, inserting them into the container and closing the lid before lifting-off from Mars.
Together with its vision system composed of two cameras, the instrument receives information from its sensors and sends to the mechanisms instructions through about 600 signals. Such architecture allows the system’s “brain” to autonomously decide the best course of action and coordinate movements accordingly. Its software includes sophisticated robotics and mechatronics algorithms, also allowing the arm to perform collision avoidance maneuvers to avoid any impact with the lander or its surroundings.
Challenges related to the harsh Martian environment, such as the copious dust and extreme temperatures (-130°C/+70°C) will be taken into account while designing and building the robotic arm.

David Parker, ESA Director of Human and Robotic Exploration, declared “From its inception to the first moves on Mars, this robotic arm is a testament to the enormous amount of expertise and knowhow we have in Europe. The Sample Transfer Arm will be the helping hand that will take planetary science to a 2 new level. Handling the precious Martian samples and getting them ready for delivery on an extraordinary trip from Mars to Earth is an amazing feat.”

The entire project has been supported by the Italian Space Agency (ASI).

Giorgio Saccoccia, ASI President, declared “Robotic exploration has always been one of the pillars of the Italian Space Agency's activities. The investments made in the recent past by ASI have led to a notable growth in national skills and competences and allow us today to affirm the leading role that Italy will have in the exploration of Mars and, in particular, in the implementation of the Mars Sample Return Mission. Today's contract marks a new success for the Italian industrial chain recognized as a world-wide reference in exploration missions and, in this case in particular, in the challenging and innovative sector of robotic technologies.”