Space robotics at the centre of the second STEMLab Live Talk

24 February 2022
Experts in space technology will be attending the webinar on Tuesday 1st March at 11:00am
Share

Probes, rovers, drills, and manipulator arms are just a few of the technologies that propel us into space, beyond the Earth’s atmosphere, to explore the surface of planets and repair satellites. During the second Live Talks of STEMLab – experts within the sector will guide us on a journey through space, on a robotic rover. STEMLab is an initiative aimed at high schools that sees Leonardo at the forefront of promoting STEM disciplines and the dissemination of scientific citizenship.

Through innovative and sophisticated technologies, space robotics allows humans to extend their capabilities to remote and inaccessible places, often in extreme or impossible conditions. Reaching out and touching a comet, taking samples from the Martian underground, repairing components of the International Space Station, are just a few of the most recent missions – some of which are still underway or will soon be reality – in which robotics plays a key role.

These missions see Leonardo involved in the design and implementation of key technologies such as the robotic drill, with the support of the Italian Space Agency. As part of the European ExoMars 2022 mission, the drill will search for traces of life on Mars past and present. This is in addition to the robotic arms for NASA’s Mars Sample Return programme in collaboration with ESA and PROSPECT, the drill that will allow study of lunar soil in the Roscosmos and ESA mission Luna-27. 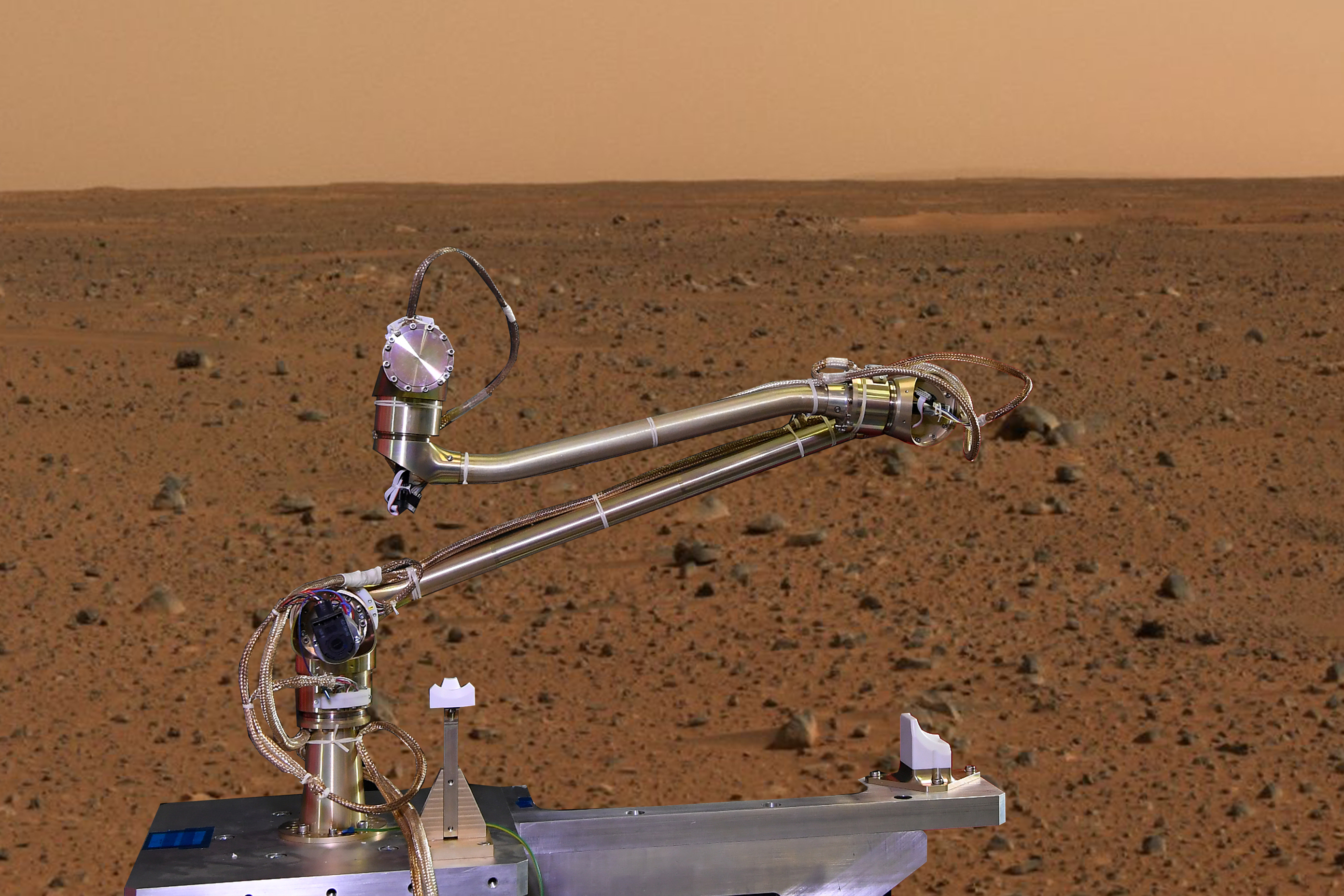 Prototype of a robotic arm for Mars Sample Return

The webinar will be moderated by Massimo Temporelli, science communicator and co-founder of TheFabLab, and will see the participation of Guido Sangiovanni, Space Robotic IPT Leader di Leonardo, and Cristina De Sanctis, First Researcher of the Institute of Space Astrophysics and Planetology of the National Institute of Astrophysics.

The event is addressed to secondary school teachers and students; however, it is open to those with an interest in the subject area. To participate you can connect here.