Leonardo: Politecnico of Milan wins the second edition of the “Leonardo Drone Contest”

Politecnico of Milan won, further to its success last year, the second edition of the ‘Leonardo Drone Contest. An Open Innovation Challenge’. The competition, the only one of its kind in Italy, was organised by Leonardo, in association with six Italian universities, to promote the development of Artificial Intelligence applied to unmanned systems.

“The performance of the competing teams has improved immensely during this second competition. We are seeing how all the objectives set at the creation of the Drone Contest are gradually being realised. Thanks to the contest’s three-year duration, we intend to develop new technologies and skills in the unmanned sector, create a fruitful partnership to train and nurture the ecosystem made up of companies, SMEs and universities. In addition to building a solid collaborative network between the contest participants that is open to the outside world. As well as stimulate the participants’ entrepreneurial talent, which could lead to the creation of start-ups in the sector, and involve the local area, local institutions and related industries,” said Laurent Sissmann, Senior Vice President Unmanned Systems at Leonardo, during the contest awards ceremony. 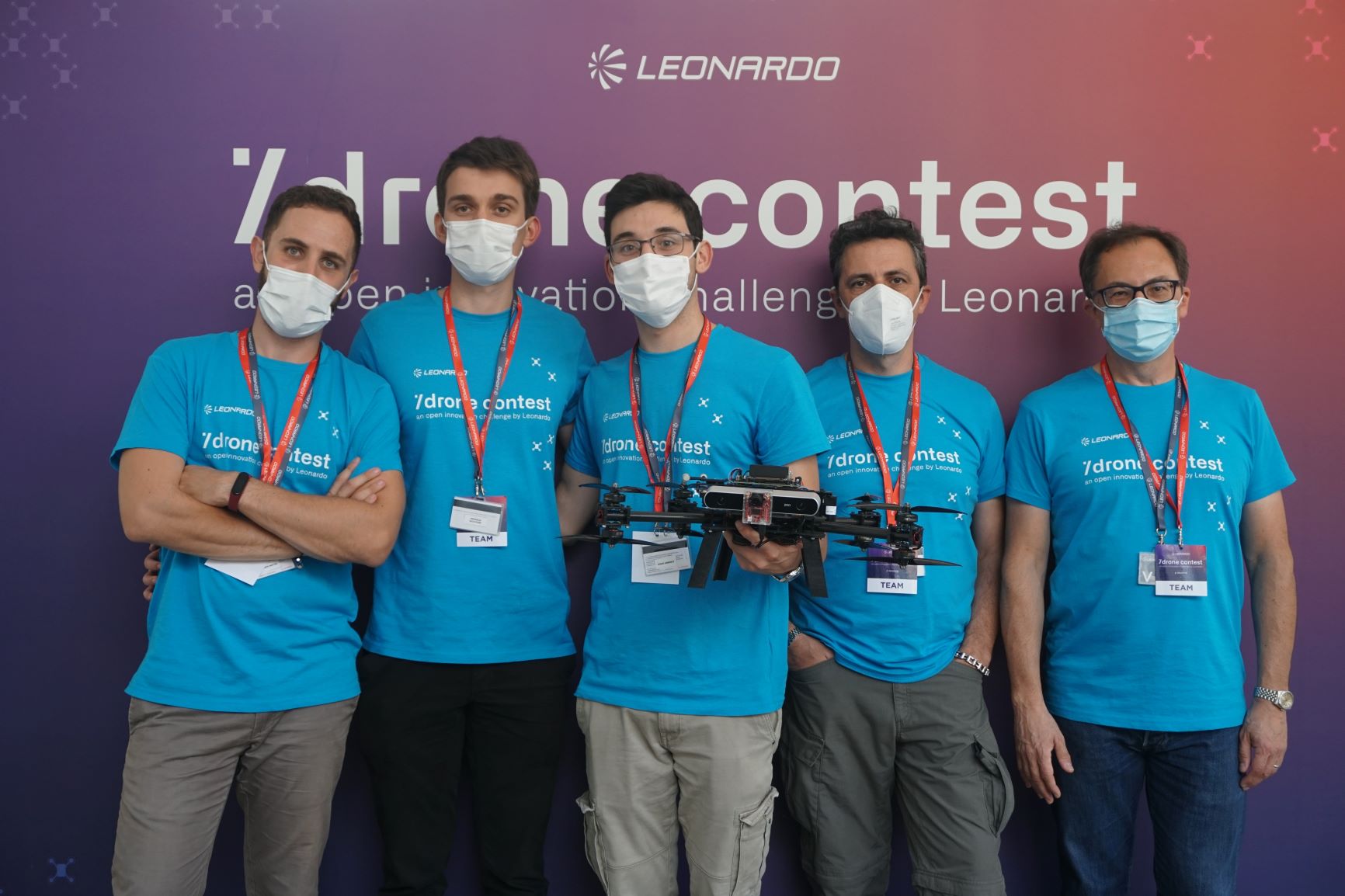 Furthermore, the team of PhD student Lorenzo Gentilini from the University Alma Mater Studiorum of Bologna, from last year’s competiton, was awarded the “Jury’s Special Prize" for stimulating interest in their collaborative solutions between technologically advanced systems and automation.

The Drone Contest, a competition that officially began in June 2019, after the presentation symposium in July, today concluded the second of the three planned events, which concludes, next year, with the final competition.

Ahead of the last edition, the drone competition site is another new feature for PhD students and the City of Turin. It will become an indoor test arena for team ‘training’ and trials, external visits and start-up testing, in line with the development of the ecosystem that the Leonardo Drone Contest has generated in the area.

The PhD students, supported by their professors and in partnership with the university and Leonardo teams, will close the three-year cycle of experimentation with the third and final edition in 2022. The teams of the six universities involved will develop and propose even more effective and innovative capabilities applied to unmanned drone systems to optimise the technologies deployed in the fields of flight capability, computer vision, sensor fusion, big data, computing capabilities, machine learning and Artificial Intelligence, and tackle the final round, which will feature a more challenging racecourse.

Leonardo is currently the only company in Europe able to supply complete remote-controlled solutions - designing and developing all the elements of a drone-based system - for intelligence, surveillance, monitoring and information acquisition missions, integrating platforms, radar and electro-optical sensors, mission systems and ground control stations. The development of technologies and applications in the unmanned sphere is one of the key points of Leonardo’s strategic plan, which aims to follow a path of sustainable growth and increase the Group’s competitiveness in the long term.