Will drones be able to fly guided by artificial intelligence? A competition between six Italian university teams in the third edition of this event organised by Leonardo.

The Leonardo Drone Contest 2022 edition is at the starting line. Six Italian universities will compete to the design of prototypes for a drone capable of flying autonomously and without a navigation system using artificial Intelligence.

The competition, now in its third and final edition for this series, will take place on 6 and 7 October at Leonardo’s Turin location. The six universities - the University of Rome Tor Vergata, the Polytechnic University of Turin, the Polytechnic University of Milan, the University of Bologna, the Sant’Anna School of Advanced Studies of Pisa, and the University of Naples Federico II - will demonstrate the increasingly advanced capabilities of their drones in locating and avoiding obstacles and in identifying and pursuing targets. The challenge will take place within a ‘competition area’ replicating an urban setting, with obstacles up to three metres high and minimal light conditions. The winning team will be awarded in Rome on 20 October at an event that will present the achievements and scientific activities of all the participants.

The Drone Contest is an open innovation project conceived by Leonardo. The aim is to promote an ecosystem able to connect large companies, the world of research and education, SMEs and start-ups. It does so in a continuum in which new ideas, innovation projects and research programmes in artificial intelligence applied to drones, the future of mobility and autonomous transport can be shared.

Using skills consolidated across all its business lines, Leonardo aims to develop innovative capabilities by supporting and coordinating technological research, investing in training new talent, and encouraging entrepreneurship in the sector. The creation in 2020 of the Leonardo Labs network, eleven laboratories dedicated to research and development in the context of frontier technologies, has contributed to a strategy that is already in progress. Turin itself is the location of a laboratory specialising in research into technological solutions for the next generation of aircraft and artificial intelligence applied to the autonomous behaviour of platforms.

Leonardo is currently the only European company with the capability to build complete remote-piloted solutions - designing and developing all the elements of a drone-based system - for monitoring, intelligence, surveillance and information acquisition applications, integrating platforms, sensors, mission systems and ground control stations. The development of technologies and applications in the unmanned sphere is one of the lines of action outlined in the ‘Leonardo - Be Tomorrow 2030’ strategic plan, which aims to pursue sustainable growth and increase the Group’s competitiveness in the long term.

This edition of the Drone Contest concludes the project’s first series. Next year will see a new three-year competition programme of increasing complexity, also involving other universities. 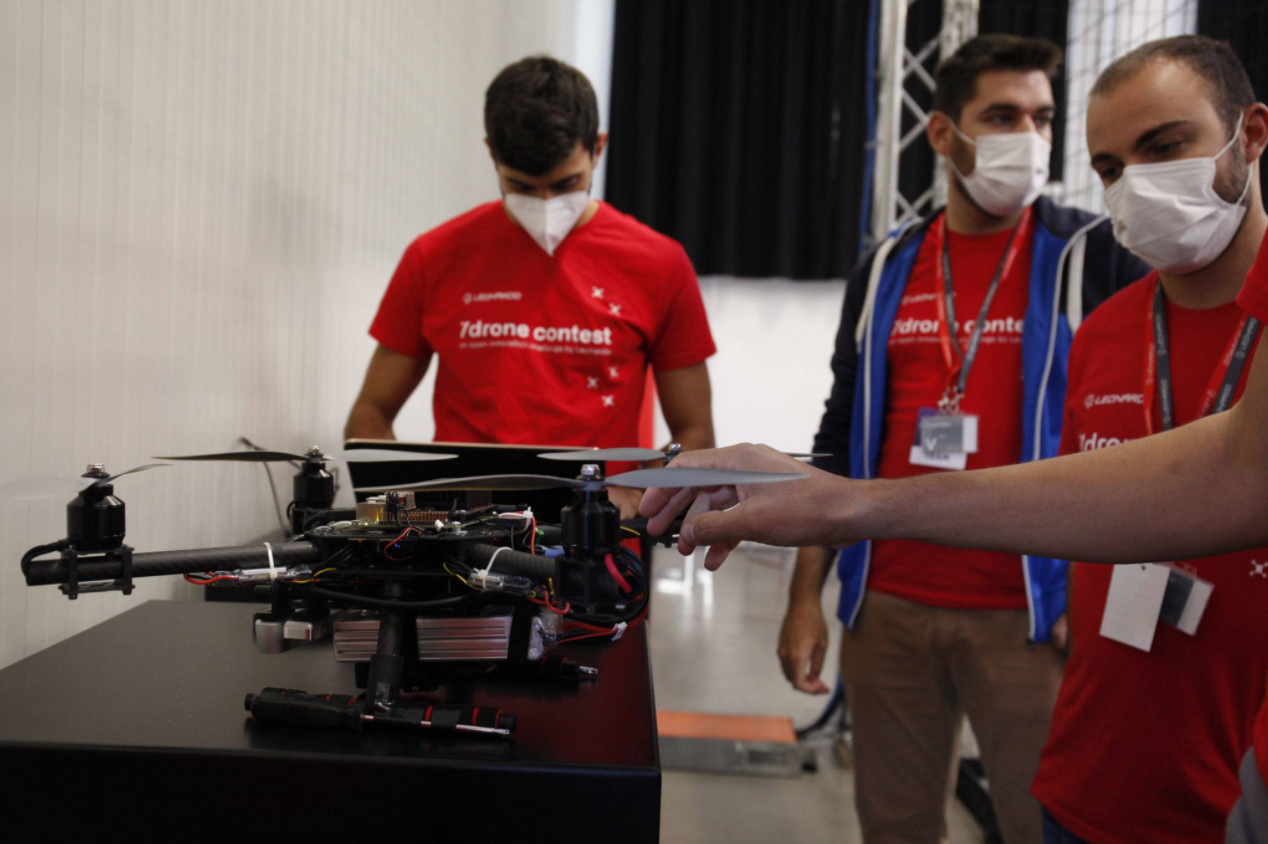