Despite the challenges posed by the ongoing Covid-19 pandemic, Leonardo has successfully delivered the tenth AW101 All-Weather Search and Rescue (AWSAR) helicopter to the Norwegian Ministry of Justice and Public Security.

The remaining six aircraft out of 16 are currently being assembled, integrated and tested at Leonardo’s site in Yeovil, UK. The 330 squadron of the Royal Norwegian Air Force, which operates the platform, has completed more than 200 flight hours, largely on SAR operations, which have included several life-saving missions in the inhospitable Norwegian environment, such as a night mountain rescue, an offshore rescue, as well as a challenging emergency transportation. Further to the go-live of Sola in September 2020, further bases in Ørland and Banak are expected to become operational this year.

The crew adhered to rigorous Covid-19 operating procedures, with the appropriate Respiratory Protection equipment (RPE) and Personal Protective Equipment. The crew utilised their innovative helmet and oxygen mask, developed on-site at Leonardo in Yeovil. This technology allows the crew to operate the aircraft whilst in close proximity to each other in the cockpit. This unique technology uses an existing oxygen mask, which is compatible with existing helmets/visors, and has a built-in microphone for comms, and hose, which is connected via a standard filter from an RPE facemask.

The crew employed additional procedures specifically for this transit including immediate return via a chartered aircraft and ensured negligible contact with the Norwegian customer.

The aircraft set off from Yeovil early in the morning, the helicopter at take-off was in low cloud with poor visibility. Evans and Barnett climbed into the clouds for the duration of the transit. It was during these challenging conditions that the AW101’s crew used her cutting-edge technologies to support a safe mission. During the five flying hours, the crew used the aircraft’s full icing clearance and state-of-the-art navigation and flight control systems. 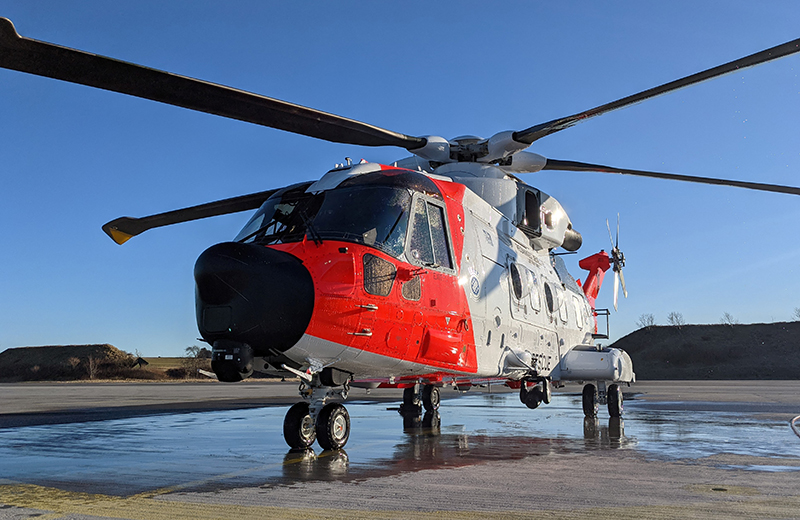 Barnett explained more, “With this reasonably simple task of delivering the AW101 to our customer in Norway, we utilised a broad selection of its capabilities to make the transit safer, easier, and more efficient. Systems that ranged from the all-weather ice protection and comprehensive automatic flight controls to the integrated multi-sensor and cockpit display system; this demonstrated why the AW101 is the perfect solution for the long-range SAR role.”

Evans added, “The AW101 NAWSARH is simply the most capable long range search and rescue helicopter on the planet. In the most extreme conditions it can utilise the range and on-board suite of integrated ‘latest generation’ sensors to reach, find, rescue, care for and recover survivors back to safety.’ 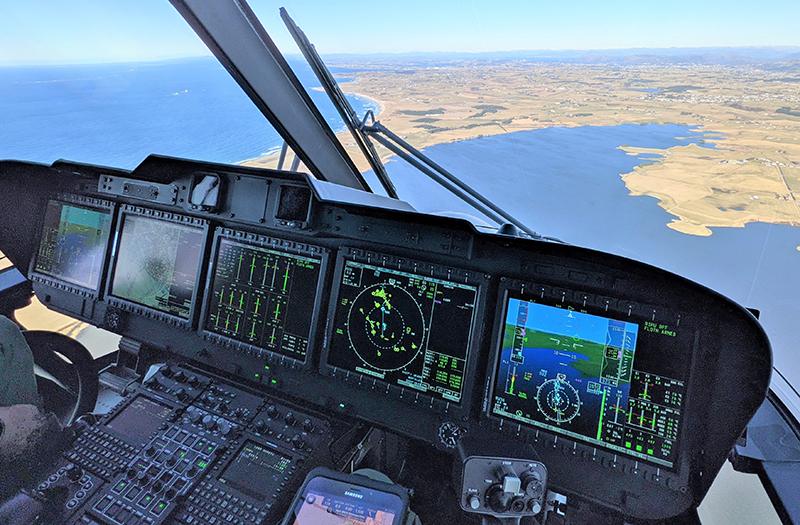 He shared further that as a pilot the helicopter’s systems and technologies help to reduce his workload and increase situational awareness during arduous missions through the extensive application of automation and safety systems, such as automatic hover modes, radar, terrain awareness systems, and rotor blade proximity sensors.

Evans commented, “The fact that the Norwegian Ministry of Justice and Public Security chose the AW101 AWSAR helicopter, for the Air Force’s next generation long range SAR helicopter - which will operate in the mountains, fjords and seas of the Arctic - speaks for itself. I am incredibly proud that the AW101 NAWSARH is designed, built, and tested in Yeovil.”

Barnett shared further: “As with all Leonardo products and operations; the effect that the platform and crew delivered was only possible as a result of the dedication, experience, and knowledge from the broadest range of experts. Within the current circumstances the flexibility and adaptation that have been evident throughout the design, production, and testing phases have revealed the incredible motivation of a team that has focussed on delivery to the customer.”

All photos courtesy of Norwegian Ministry of Justice and Public Security.