Vertical Aerospace (“Vertical”) (NYSE:EVTL), a leading aerospace and technology company that is pioneering zero-emissions aviation, today announced that it has agreed a joint development program with Leonardo for the design, testing, manufacture and supply of the carbon composite fuselage for Vertical’s VX4 electric aircraft.

Vertical and Leonardo will work together on optimising lightweight composite structures, modular design, systems installation, and structural testing for the co-development of the aircraft’s fuselage. This is currently in place for at least six certification aircraft, up to the successful certification of the VX4. The agreement has also stated the potential to scale fuselage production to 2,000 aircraft a year to meet Vertical’s existing market-leading order book demand. Vertical has what it believes is the largest conditional pre-order book (by value) in the eVTOL industry, of up to 1,350 aircraft worth $5.4 billion from American Airlines, Avolon, Bristow and Iberojet, including pre-order options from Virgin Atlantic and Marubeni, and through Avolon’s placements, airlines JAL and Gol.

Leonardo has long-established expertise in composite aerostructures development and manufacturing on civil and defense programs. The aerospace firm also has a close relationship with Vertical’s strategic composite materials supplier, Solvay. Vertical and Solvay are jointly developing advanced materials and manufacturing technologies that will enable high volume manufacture of the VX4.
Vertical’s partnership with Leonardo builds on its unparalleled ecosystem of partners, including Rolls-Royce, Honeywell, Solvay, GKN and Microsoft. Vertical continues to grow its team of experienced engineers and aviation executives and expects to begin the VX4’s test flight programme later in 2022.

Vertical’s VX4 is paving the way for advanced air mobility and is expected to revolutionise the way we travel. The near silent, entirely electric, piloted aircraft is expected to have a range of over 100 miles and to reach top speeds of up to 200mph. With a four-passenger capacity, the zero operating emissions VX4 will also have a low cost per passenger mile, similar to that of a taxi.

Michael Cervenka, President of Vertical said: "Vertical is pioneering electric aviation and is on a mission to transform the way people travel. I have been hugely impressed by Leonardo’s highly innovative and industry leading technical and manufacturing capabilities and our partnership has got off to a flying start. I'm thrilled that Leonardo will be joining us in this journey. We have a market-leading pre-order book for our VX4, and this partnership will ensure that we can scale the programme to meet demand."

Giancarlo Schisano, Managing Director of Leonardo’s Aerostructures Division said: “Leonardo, as partner to the world’s leading commercial aircraft manufacturers, is specialised in the production and assembly of major structural composite and metallic components for commercial aircraft. Leonardo strives to bring new technologies, materials and processes into our established practices in our production sites. This will be the case at our Grottaglie plant in Southern Italy, where we will focus our VX4 activities; the plant is one of the most advanced facilities in Europe to produce composite aerostructures.”

The continuous development and integration of cutting-edge solutions across all domains, such as Advanced Air Mobility, is a key element of Leonardo’s BeTomorrow2030 Strategic Plan.

About Vertical Aerospace
Vertical Aerospace is pioneering electric aviation. The company was founded in 2016 by Stephen Fitzpatrick, an established entrepreneur best known as the founder of the Ovo Group, a leading energy and technology group and Europe’s largest independent energy retailer. Over the past five years, Vertical has focused on building the most experienced and senior team in the eVTOL industry, who have over 1,700 combined years of engineering experience, and have certified and supported over 30 different civil and military aircraft and propulsion systems. Vertical’s top-tier partner ecosystem is expected to de-risk operational execution and its pathway to certification allows for a lean cost structure and enables production at scale. Vertical has a market-leading pre-order book (by value) for a total of up to 1,350 aircraft from American Airlines, Avolon, Bristow and Iberojet, which includes conditional pre-order options from Virgin Atlantic and Marubeni, and in doing so, is creating multiple potential near term and actionable routes to market.
Vertical’s ordinary shares listed on the NYSE in December 2021 under the ticker “EVTL”. Find out more: vertical-aerospace.com

About Leonardo
Leonardo, a global high-technology company, is among the top world players in Aerospace, Defense and Security and Italy’s main industrial company. Organized into five business divisions, Leonardo has a significant industrial presence in Italy, the United Kingdom, Poland and the USA, where it also operates through subsidiaries that include Leonardo DRS (defense electronics), and joint ventures and partnerships: ATR, MBDA, Telespazio, Thales Alenia Space and Avio. Leonardo competes in the most important international markets by leveraging its areas of technological and product leadership (Helicopters, Aircraft, Aerostructures, Electronics, Cyber Security and Space). Listed on the Milan Stock Exchange (LDO), in 2020 Leonardo recorded consolidated revenues of €13.4 billion and invested €1.6 billion in Research and Development. The company has been part of the Dow Jones Sustainability Indices (DJSI) since 2010 and has been confirmed among the global sustainability leaders in 2021. Leonardo is also included in the MIB ESG index.

About VX4 eVTOL Aircraft
The four passenger, one pilot VX4 is projected to have speeds up to 200mph, a range over 100 miles, near silent when in flight, zero operating emissions and low cost per passenger mile. The VX4 is expected to open up advanced air mobility to a whole new range of passengers and trans- form how we travel. Find out more: vertical-aerospace.com

Forward-Looking Statements
This press release contains forward-looking statements within the meaning of the Private Securities Litigation Reform Act of 1995. Any express or implied statements contained in this press release that are not statements of historical fact may be deemed to be forward-looking statements, including, without limitation, statements regarding the certification and the commercialization of the VX4, the differential strategy compared to its peer group, and the transition towards a net-zero emissions economy, as well as statements that include the words “expect,” “intend,” “plan,” “believe,” “project,” “forecast,” “estimate,” “may,” “should,” “anticipate,” “will,” “aim,” “potential,” “continue,” “are likely to” and similar statements of a future or forward-looking nature. Forward-looking statements are neither promises nor guarantees, but involve known and unknown risks and uncertainties that could cause actual results to differ materially from those projected, including, without limitation, Vertical’s limited operating history without manufactured non-prototype aircraft or completed eVTOL aircraft customer order; Vertical’s history of losses and the expectation to incur significant expenses and continuing losses for the foreseeable future; the market for eVTOL aircraft being in a relatively early stage; the potential inability of Vertical to produce or launch aircraft in the volumes and on timelines projected; the potential inability of Vertical to obtain the necessary certifications on the timelines projected; the potential that certain of Vertical’s strategic partnerships may not materialize into long-term partnership arrangements; the impact of COVID-19 on Vertical’s business; as a foreign private issuer and intend to follow certain home country corporate governance rules, Vertical not be subject to U.S. proxy rules and will be subject to Exchange Act reporting obligations that, to some extent, are more lenient and less frequent than those of a U.S. domestic public company; and the other important factors discussed under the caption “Risk Factors” in Vertical's prospectus pursuant to Rule 424(b) filed with the U.S. Securities and Exchange Commission (“SEC”) on December 1, 2021, as such factors may be updated from time to time in Vertical’s other filings with the SEC. Any forward-looking statements contained in this press release speak only as of the date hereof and accordingly undue reliance should not be placed on such statements. Vertical disclaims any obligation or undertaking to update or revise any forward-looking statements contained in this press release, whether as a result of new information, future events or otherwise, other than to the extent required by applicable law. 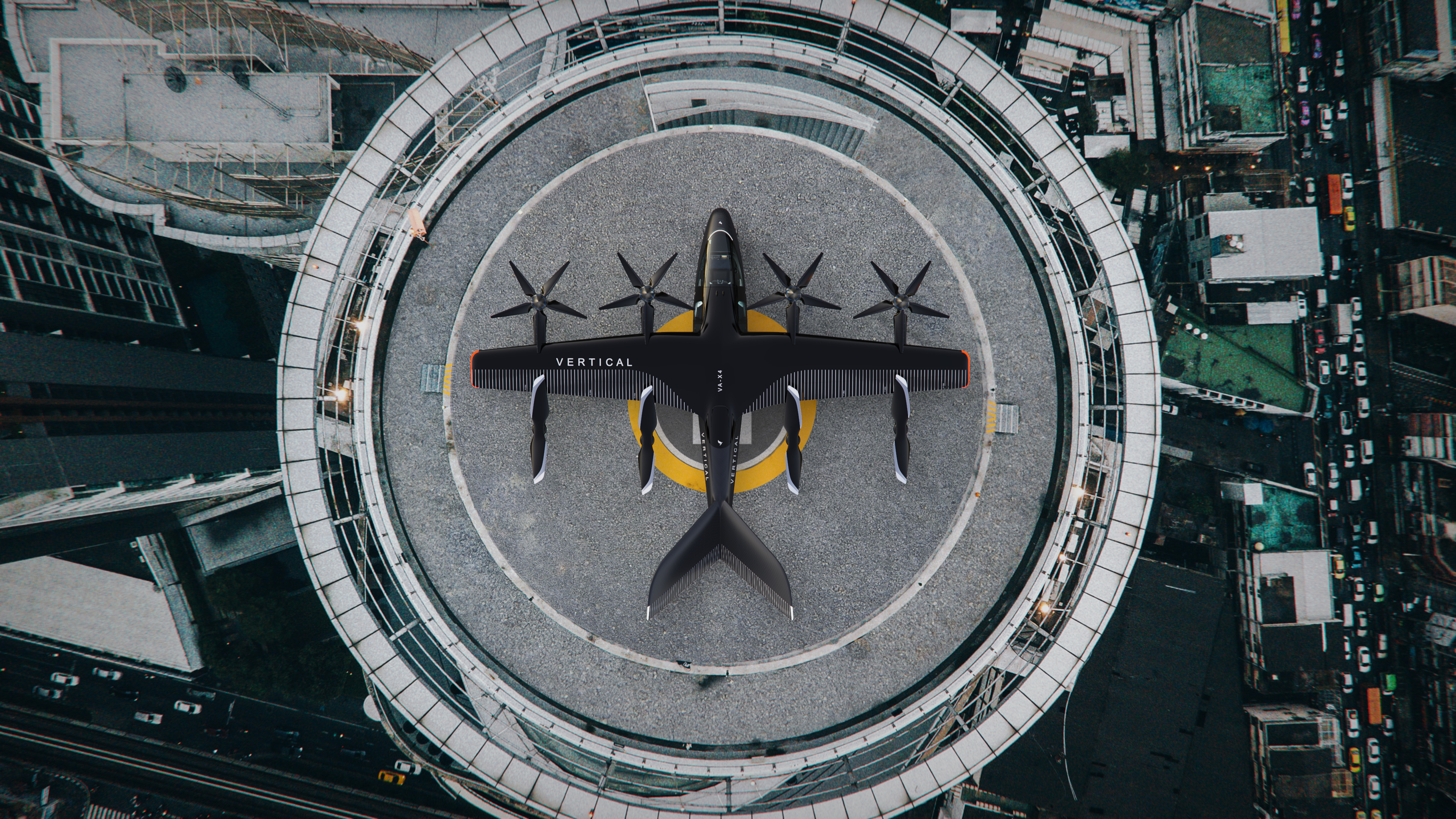 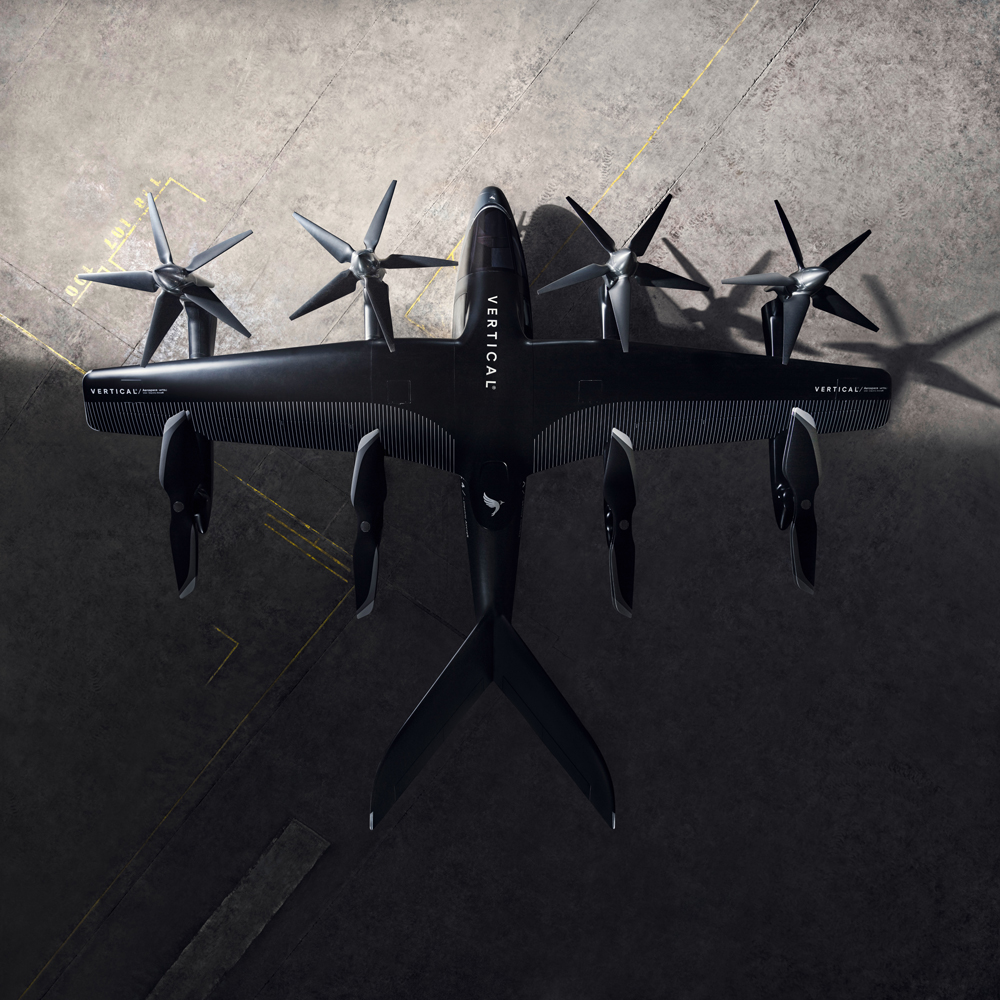