Leonardo announced today that Mercy Flight Central, a medical provider located in western New York, has signed a contract for four IFR- certified AW119Kxs for EMS transport missions. Delivery of the first aircraft is expected in 2022.

These new IFR capable aircraft will allow in-flight critical care and the transport of patients within Mercy Flight’s 150-mile service radius. The AW119Kx in its latest variant is the first single engine helicopter in decades to meet current IFR requirements without compromise, which will allow Mercy Flight pilots to operate the aircraft safely during low visibility and the challenging weather conditions common in this region, due to advanced avionics from Genesys Aerosystems and redundant flight systems.

The IFR-capable AW119Kx is an ideal entry point for commercial and public service operators who seek the highest level of safety and performance while operating in demanding conditions but keeping single engine economics. This combines with the AW119’s unique light-twin like multiple redundancies of critical systems and cabin spaces, while delivering outstanding reliability and safety.

“We are very excited to introduce the AW119 to the communities we serve,” said Jeff Bartkoski, President/CEO of Mercy Flight Central. “This aircraft will enable us to reach those in critical need with added safety and operational enhancements that will advance our care for decades of future use.”

“We are incredibly pleased to continue our partnership with Mercy Flight Central,” said William Hunt, Managing Director of Leonardo Helicopters U.S. “Their acquisition of an IFR-certified AW119 will greatly aid their first responders who routinely fly life-saving missions in inclement weather and will provide efficient cabin configuration for patient transport and care, enhancing the superior service they provide to their community.”

The AW119Kx IFR received a first order in the US EMS market in 2020. This latest sale continues to grow the share of Leonardo helicopters in the North American EMS market, which now totals around 100 across a fleet of AW119s, AW109s, AW169s and AW139s.

About the AW119
Built at Leonardo’s FAA Part 21 production facility in Philadelphia, the AW119 is a best in class single engine helicopter featuring a state-of-the-art avionics system for enhanced situational awareness, mission effectiveness and safety by flight and mission avionics, power margin, multiple system redundancies and crashworthiness. The AW119 is well-suited to perform various roles, including EMS, fire-fighting, law enforcement, passenger transport, utility, training and government/military duties. Nearly 360 AW119 helicopters have been sold to over 130 customers in 40 countries. A variant of the AW119 was selected by the United States Navy to train the country’s next generation of naval aviators.

About Mercy Flight
Mercy Flight Central was founded as a non-profit in 1992 to provide air medical services to New York State residents and beyond. Since its inception, the organization has served more than 15,000 patients and grown to approximately 70 employees. MFC’s three base locations serve the regions of the Finger Lakes, Central New York, and Mohawk Valley, including service to the Lower Adirondacks. The organization began operations as an advanced life support air ambulance service and has since expanded to become New York’s premier critical care air medical service with three helicopters staffed 24/7/365. The aircraft utilized in transports includes helicopters that can travel within a 150-mile radius of Mercy Flight Central’s base locations. 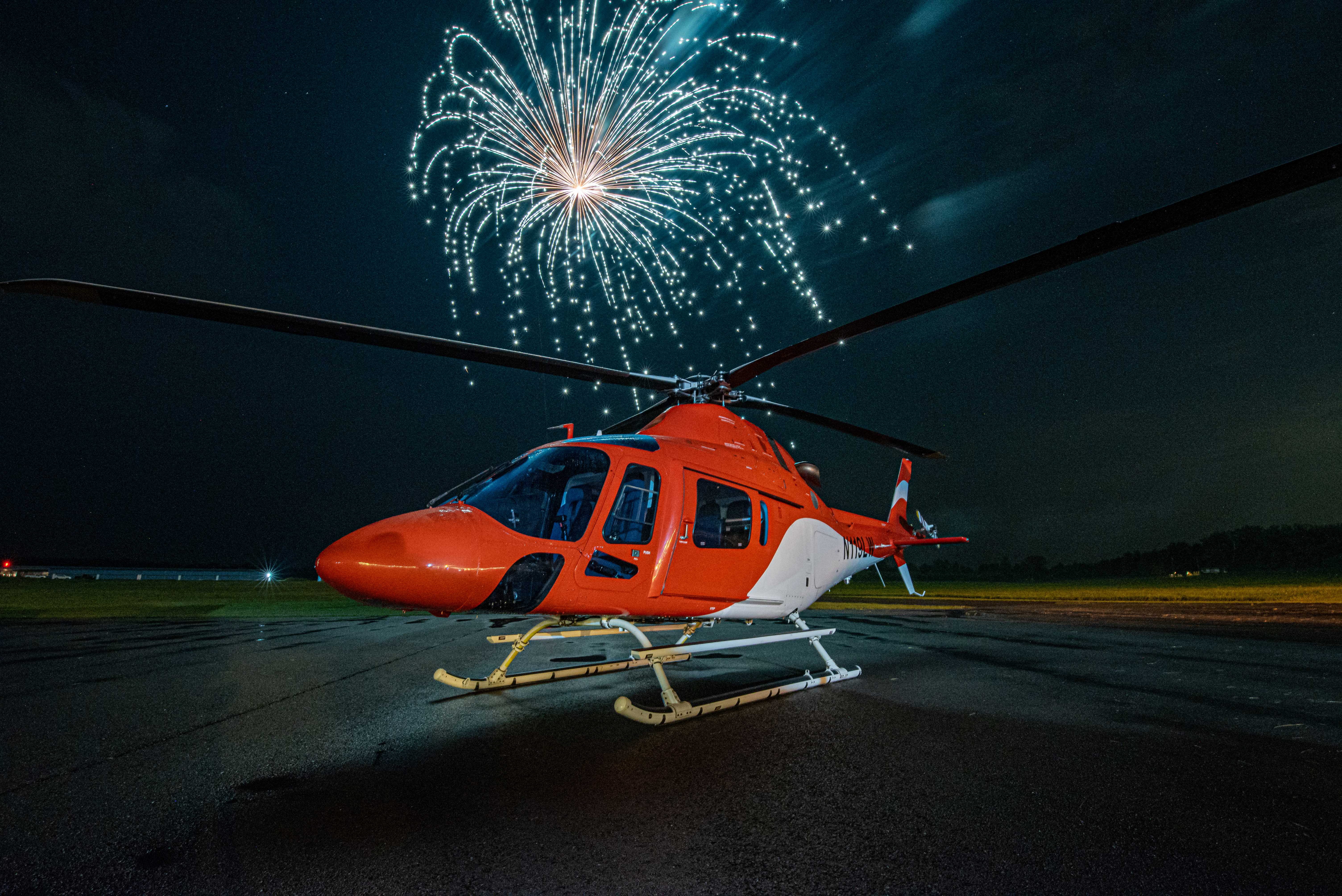