Qatar’s NH90 programme includes 16 NH90 TTHs for land operations, 12 NH90 NFHs for naval missions, a comprehensive support, maintenance & training services package and associated infrastructure. The programme has the potential to be extended in the future with the addition of 6 + 6 units in a mixture of TTH and NFH variants. Leonardo is prime contractor for the overall programme and is also responsible for the final assembly and delivery of the 12 NH90 NFH helicopters from its Venice Tessera facility. The company is also supplying simulators, training aids and an extensive maintenance support and training services package for aircrews and maintenance technicians. Leonardo is providing, contributing to or supporting the integration of various avionics and sensor payloads, including the Leonardo LEOSS-T HD electro-optical system, HD Mission Video Recorder, Automatic Identification System, Tactical video link and Full HD display for cabin consoles. Airbus Helicopters is responsible for carrying out the final assembly of the 16 NH90 TTH aircraft. Acceptance of the first batch of NH90s by the Qatar Emiri Air Force is scheduled to start before the end of 2021, with the last helicopter planned to be delivered in 2025.

Gian Piero Cutillo, Leonardo Helicopters MD, said “We’re extremely pleased to celebrate this important achievement as we continue to work to deliver this programme. The NH90 is set to provide the Qatar Ministry of Defence, an important and longstanding customer, with outstanding operational capabilities suitable for a range of missions. Together with our industrial partners, we’re committed to completing and introducing this essential defence and security enabler for our customer.”

NOTE TO EDITORS ON THE NH90 HELICOPTER
The largest military helicopter programme in Europe, the NH90 is the optimal choice for modern operations thanks to its fully composite airframe with a large cabin, its excellent power-to-weight ratio and its wide range of role equipment. It features a quadruplex fly-by-wire flight control system for reduced pilot workload and enhanced flight handling characteristics. The NH90 is available in two main variants: one specified for naval operations, the NH90 NFH (NATO Frigate Helicopter) and the TTH (Tactical Transport Helicopter) for land based operations. As of today, around 430 NH90 helicopters, a mixture of both variants, are in service worldwide. Aircraft on operations have logged over 270,000 flight hours in a wide range of weather and environmental conditions, over land and sea.

ABOUT NHINDUSTRIES
NHIndustries is the largest rotorcraft Joint Venture in European history and it is responsible for the design, manufacture and support of the NH90 helicopter, one of the leaders in the latest-generation of military helicopter. The Company company takes the best from European Rotorcraft and Defence Industry, being owned by Airbus Helicopters (62.5%), Leonardo (32%) and GKN Fokker (5.5%). Each company has aerospace pedigree and brings the top of its skills and expertise to the end product.
More info: www.nhindustries.com 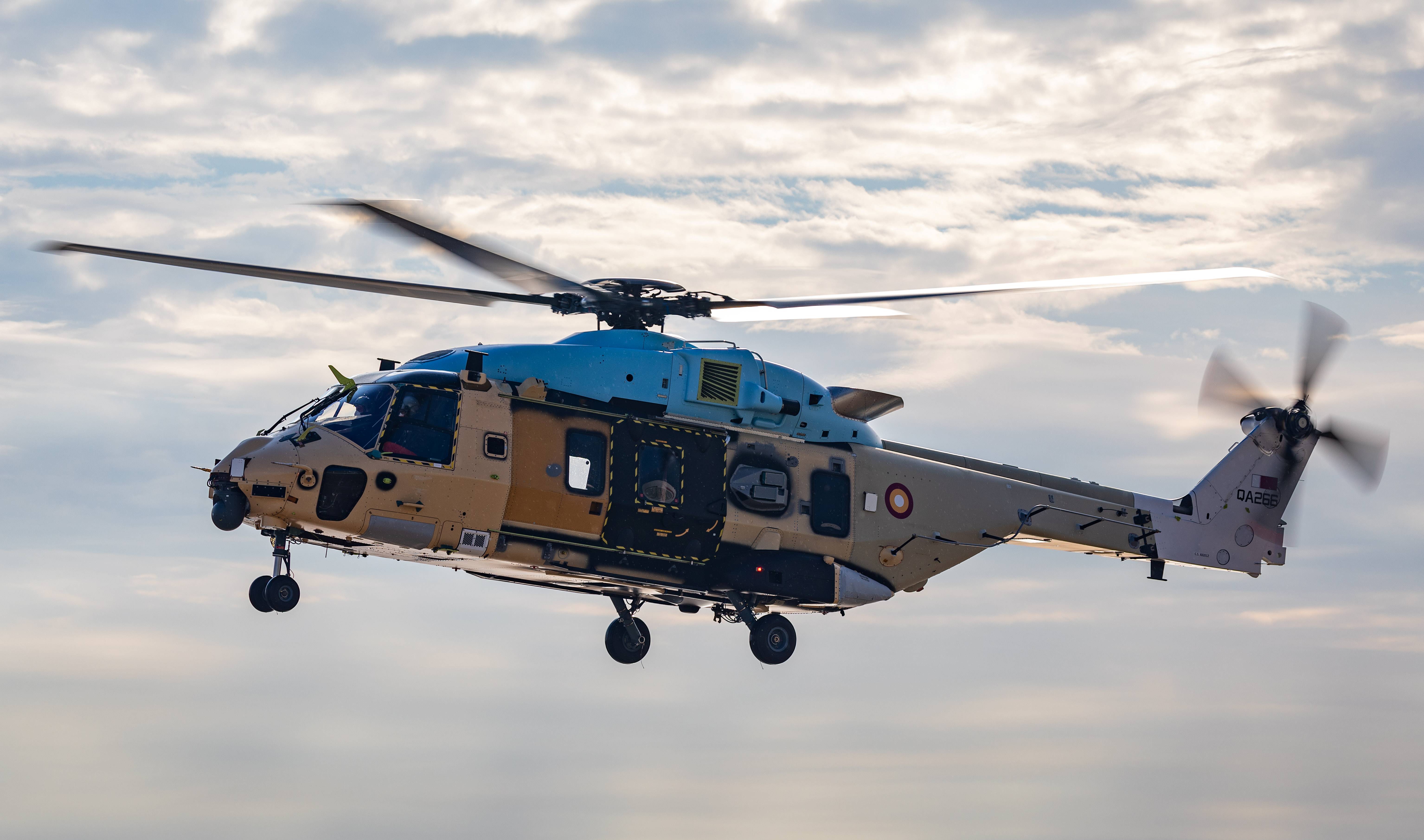 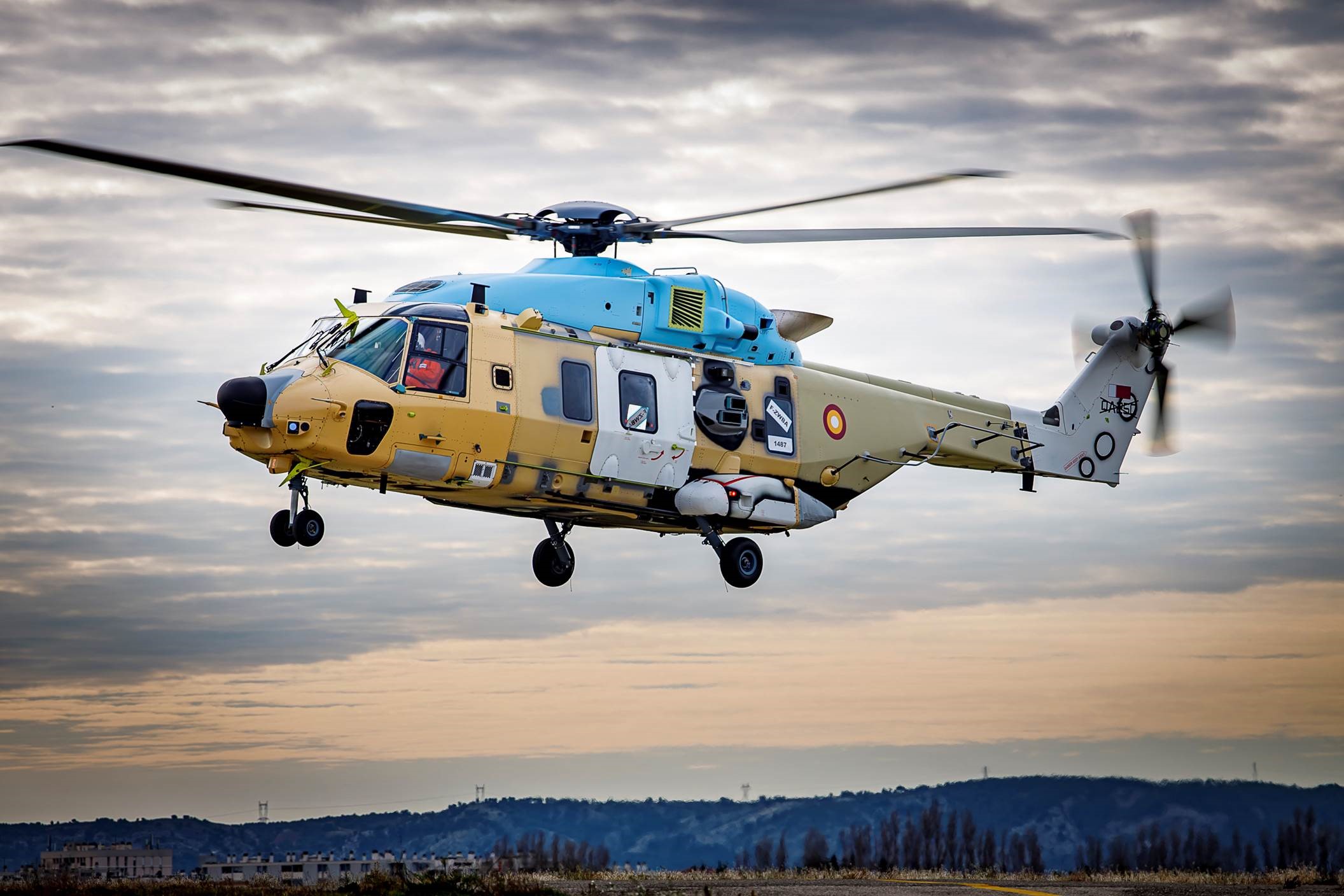